A victory for the anniversary game? 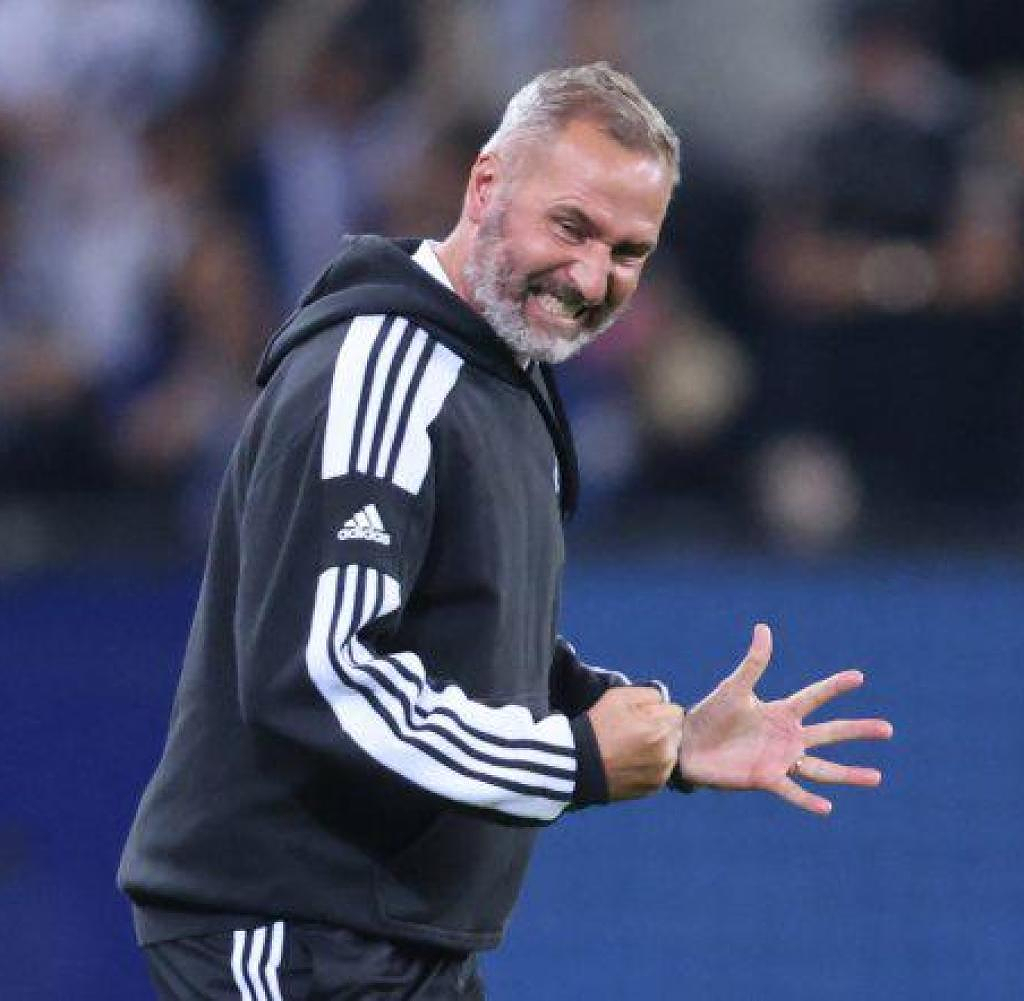 Tim Walter is celebrating his very personal HSV anniversary in the north derby near Holstein Kiel tonight (6:30 p.m. / Sky and in the live ticker on WELT.de). The Hamburg head coach swings the baton for the Rothosen against the Storks for the 50th time. In addition, HSV can be leaders of the second division for at least one day with a win. "Anyone who knows me knows that I want to win games," said Walter, when asked about the fact that his team never won in eight second division games against KSV, instead drawing five times and losing three times. He added: "Statistics are one thing, the facts on the pitch are another thing. We're looking forward to the game.” Walter spoke of another opportunity to get three points. "That's our incentive. It's the greed to get better and win games."

Walter's positive basic attitude and his focus on psychological robustness and a winning mentality has long been transferred to the team. The five wins and two losses in the seven season games so far reflect this. Whether in the 1-2 spectacle against Darmstadt 98 or the close but deserved 1-0 win against Karlsruher SC: HSV games are always defined by struggle, strength and passion. Walter believes in his team. He was asked whether Kiel would be low again, as was the case with the last Holstein victory in April. “Attack high or stand low. You can decide what to do, we have solutions against it, ”said the 46-year-old's dry answer.

Nevertheless, he paid tribute to the upcoming opponent. Kiel is seventh. The season has been solid so far, apart from a blatant 7-2 slip at leaders SC Paderborn. "They do good work over the years, try to be stable and don't overdo things," Walter praised the down-to-earth tone at KSV. With Fiete Arp, a former HSV player is also expected in the Kiel starting XI. HSV has had an impeccable away record so far, with three wins and 6-0 goals. Walter does not want to overestimate this and says: "I think that we are stable overall. We have a brutal train. It's great that my team keeps stepping on the gas."

Attacker Ransford Königsdörffer returns to the team after a two-game ban. Whether he will appear remains Walter's secret. The coach has many good alternatives, especially on the offensive. During Königsdörffer's absence, new signing Jean-Luc Dompé and Bakery Jatta, who was able to play again after a long injury, were successful here. Welter can also vary tactically more and more, especially since Königsdörffer, only 20 years old, also has qualities in the offensive center and has already scored four times for HSV in the league and DFB Cup. Sonny Kittel can be found in midfield instead of on the outside, where he forms the "eight" duo with Ludovit Reis. Here the top transfer of the summer Laszlo Benes paws his hooves.

HSV was the industry leader this summer with 9.5 million expenses and a balance sheet of minus 5.75 million euros. An ascent is a must this time. Especially since there is chronic Zoff in the management team. Everyone is shooting at everyone behind the scenes. As always, it's all about the filthy Mammon. Walter, on the other hand, focuses entirely on what he can influence: his team. When a reporter at the press conference about the Kiel game didn't ask his question and withdrew, Walter teased: "Colt pulled and then put it back in." You shouldn't be able to blame his team for that.

‹ ›
Keywords:
Hamburger SVHolstein KielZweite LigaFußballSC Paderborn 07Tim WalterKarlsruher SCKSVAngstgegner KielHSVFussball
Your comment has been forwarded to the administrator for approval.×
Warning! Will constitute a criminal offense, illegal, threatening, offensive, insulting and swearing, derogatory, defamatory, vulgar, pornographic, indecent, personality rights, damaging or similar nature in the nature of all kinds of financial content, legal, criminal and administrative responsibility for the content of the sender member / members are belong.
Related News