In collaboration with the Ubeda City Council's Equality Area, Cero Culture has promoted the exhibition "Trazos invisibles", which seeks to bring attention to women artists who have been hidden in the history and art. 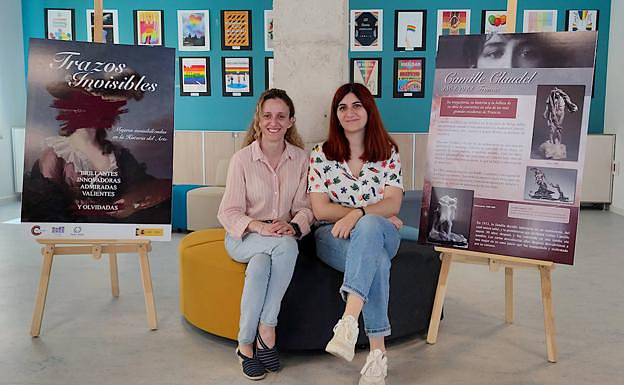 In collaboration with the Ubeda City Council's Equality Area, Cero Culture has promoted the exhibition "Trazos invisibles", which seeks to bring attention to women artists who have been hidden in the history and art. This activity was funded by the State Pact Against Gender Violence.

Francisca Isabel Millan (Consultant for Equality), acknowledged during the presentation that the lives and works of the women featured in the exhibition had been lost over time. She said that history had put them in a drawer in museums' collections and they have remained hidden for centuries.

This initiative is a journey that will take us from the Middle Ages into the 20th century. It will make female artists more visible and reveal their invisible lines. Let's rescue them and make them famous for their contributions to art and careers.

Itinerant, the exhibition will first be displayed in September at the Hospital de Santiago's cultural center. Later, it will be displayed in schools as with the exhibit on the role and importance of women in comics. She said, "We believe they can serve as role model for women today."

Claudia Antonelli representing Cero Culture highlighted the research done by Clara Foronda (a graduate in Art History) to make this exhibition possible and highlight the importance of women in art. We have both studied together, she Art History and I Fine Arts. We agreed that we hadn't seen women artists in practice until the second half century. This isn't because they weren't there, but because there were many.

This initiative will help many generations learn more about the contributions of women to the arts. It will also make it easier for them to share their stories, work, and influence on the history. She concluded, "We believe it is necessary that we recover these names."

‹ ›
Keywords:
ExposicionDestacaraPapelMujerHistoriaArte
Your comment has been forwarded to the administrator for approval.×
Warning! Will constitute a criminal offense, illegal, threatening, offensive, insulting and swearing, derogatory, defamatory, vulgar, pornographic, indecent, personality rights, damaging or similar nature in the nature of all kinds of financial content, legal, criminal and administrative responsibility for the content of the sender member / members are belong.
Related News