Huete representatives attended the recent awards ceremony of the Young Short Film Festival Granada without Addictions, which was organized by the Granada Provincial Council. 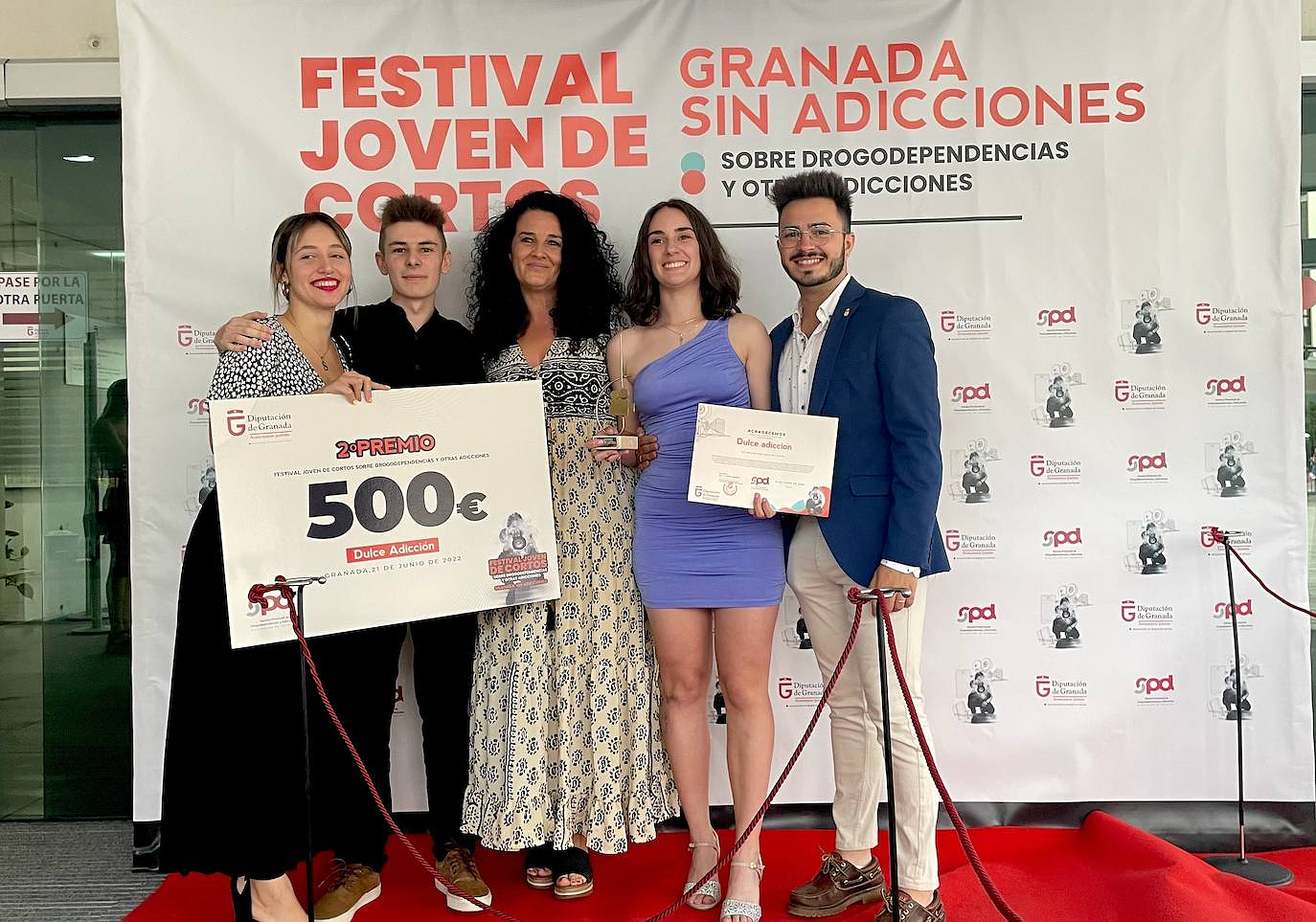 Huete representatives attended the recent awards ceremony of the Young Short Film Festival Granada without Addictions, which was organized by the Granada Provincial Council. Violeta de la Rubia from the municipality was an amateur filmmaker who won the second prize. She also received an audience award of 500 euros for her film 'Sweet Addiction'. The Department of Youth of Huetor Vega City Council supported the short film. It focuses on sweet addiction and the health implications.

Violeta de la Rubia attended the Diputacion headquarters award ceremony. She was accompanied by Sofia Betancort, the protagonist of the short, Gabriel Alvarez (member the recording team), Elena Duque, mayor of Huetor Vega, and Adrian Molina (Councillor of Youth). You can watch the short "Sweet Addiction" on YouTube.

The Provincial Council organized the first edition of the Youth Short Film Festival Granada without addictions. It was attached to the Social Welfare area by the Provincial Service for Drug Addictions and Addictions.

Three of the 11 audiovisual works were awarded the 'Granada with no addictions' award. They were prepared by young people from the Province who presented a wide range of topics and perspectives. These short films reflect the concerns of young people about addictions that are not only conventional (such as drug or alcohol intake), but also those that are becoming more popular, such as sports betting, gaming, and abusive use of social media and new technologies.

Special mentions were also given to the 'La Blanca Paloma’ Vocational Training Centre in La Zubia (the mayor, Purificacion Lopez), and the IES Arabuleila, Cullar Vega.

Jose Entrena, president of the Provincial Council, said that it was "really hopeful that all that creativity was put at the service for such a noble cause like the fight against drug and addictions." He also pointed out that the festival allows exploration of "other paths to prevention and send other types messages to the group on which we devote the most resources, which is young people."

President recalled that young people are crucial in prevention because they "embodied the future society" and that this festival gives them "a voice." Young people speaking to young people encouraging analysis, reflection and critical thinking. Entrena said that this is the spirit behind the contest, and that she appreciated the efforts of the Provincial Drug and Addiction Service team for "knowing how to adapt to new realities".

The president says that drugs and addictions "destroy people and their families or, in the most extreme cases, make it worse." Preventive work is fundamental to tackle "a challenge that reflects contradictions in a complex society such as ours."

‹ ›
Keywords:
CortoMadeHuetorVegaTriunfaFestivalGranadaAdicciones
Your comment has been forwarded to the administrator for approval.×
Warning! Will constitute a criminal offense, illegal, threatening, offensive, insulting and swearing, derogatory, defamatory, vulgar, pornographic, indecent, personality rights, damaging or similar nature in the nature of all kinds of financial content, legal, criminal and administrative responsibility for the content of the sender member / members are belong.
Related News