A quick solution is not in sight for Windhorst and Hertha

According to economist Henning Zülch, Hertha BSC and investor Lars Windhorst will not separate so quickly. 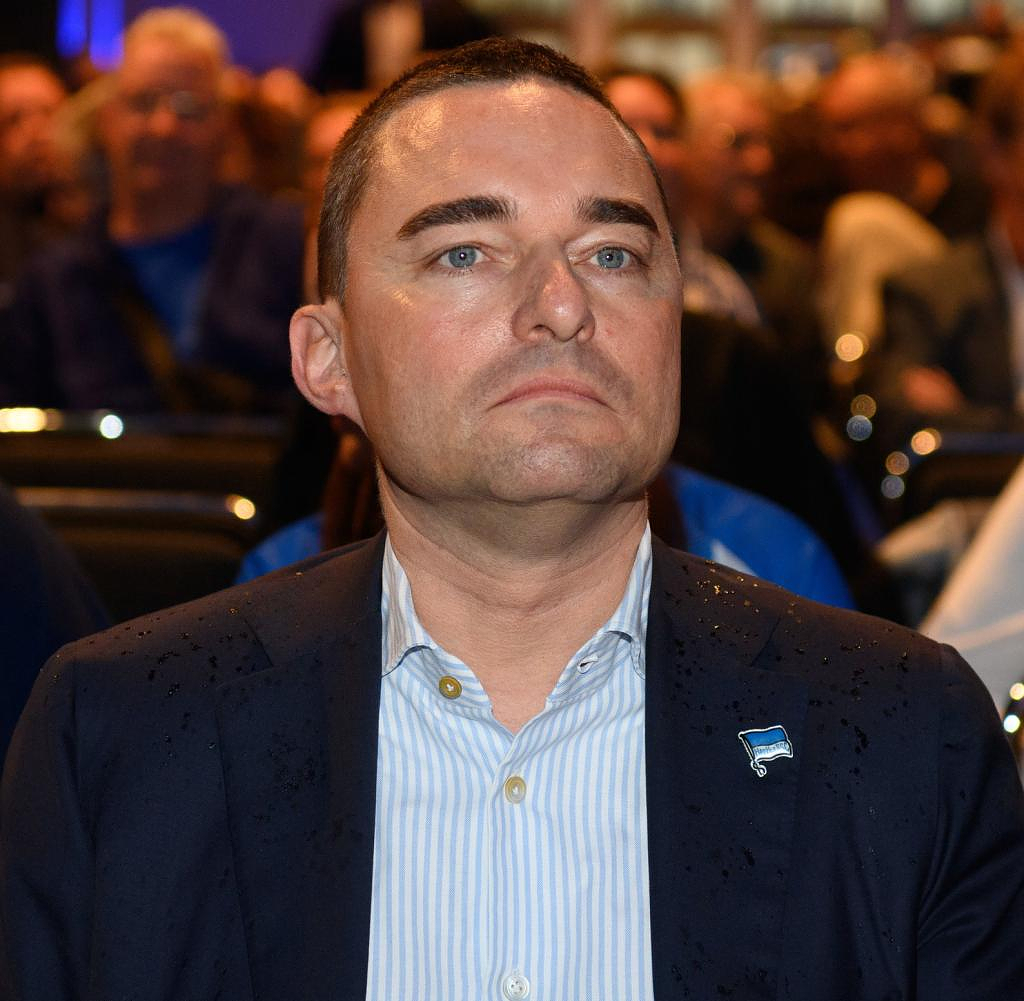 According to economist Henning Zülch, Hertha BSC and investor Lars Windhorst will not separate so quickly. "In the end it will be like this, no matter what happened: the two are doomed to work together because of the constellation. Selling the shares is almost impossible,” said Zülch. The club will "not find a buyer at this price for these shares," said the professor of accounting and auditing at the HHL Leipzig Graduate School of Management.

According to Zülch, there are interested parties who are interested in clubs, "but who would not pay this high price and would not pay a price for a capital investment of 64 percent without gaining the majority of voting rights and control." Special feature that exists in German football through the 50 1 rule.

Windhorst, who joined Hertha in 2019, offered the Bundesliga soccer club the buyback of its shares on Wednesday in a dispute over an alleged campaign by an Israeli security company - for the purchase price of 374 million euros at the time. The club then offered Windhorst's Tennor group support in finding a buyer. "There was certainly a lot of imagination in the valuation of 374 million," said Zülch.

When Windhorst joined in 2019, Hertha valued its KGaA at around 600 million euros, which is close to Borussia Dortmund. Windhorst agreed with this assessment. When purchasing later Hertha tranches, the goodwill was even increased again, so that the investor ended up paying a total of 374 million euros for 64.7 percent of his shares. The "kicker" puts the current value at 160 to 180 million euros.

Ultimately, both sides would lose, predicts Zülch. "The biggest fool is Mr. Windhorst. He won't get his money back, he can't do anything, his hands are tied," said the 49-year-old, who researches management in sports, among other things. The influence of the investor in the operative business is extremely limited. "Hertha BSC can sit back and relax, but the club is extremely uneasy, which will certainly have an impact on sporting success," said Zülch.

In addition, it is questionable how the capital club intends to meet future payment obligations if Windhorst does not provide fresh money. According to Zülch's assessment, the shares would have to be reassessed before a sale, and both sides would have to agree to the sale. The public playing out of the conflict contributes to the depreciation. “Which investor should do that to themselves? Who should go in there with their image and their money and believe in a positive sporting and economic future for this club?” said Zülch.

The background to the dispute is explosive media reports that the investor is said to have hired an Israeli agency to force then-President Werner Gegenbauer out of office. Windhorst dismissed this as nonsense.

‹ ›
Keywords:
TexttospeechLars WindhorstHenning ZülchTechnikHertha BSC
Your comment has been forwarded to the administrator for approval.×
Warning! Will constitute a criminal offense, illegal, threatening, offensive, insulting and swearing, derogatory, defamatory, vulgar, pornographic, indecent, personality rights, damaging or similar nature in the nature of all kinds of financial content, legal, criminal and administrative responsibility for the content of the sender member / members are belong.
Related News