Post a Comment Print Share on Facebook
Famagusta 26
DOLLAR 18,53
EURO 18,29
GOLD 1.011,79
BIST 3.392,13
The best French conductor is moving to Baden-Baden
The German spirit and I
"I am a witness to this time and this body"
"It's lucky we don't have neighbors. Especially for the...
She would do it again
Twitter predicts how the war will continue
Fear not, because we have Cuxhaven
The left behind, the rich and the forced financed
Most people make this mistake when cheating
With this new word, Russians express their opposition to Putin

A queen and 14 presidents: Elizabeth II's special relationship with America

Her first official meeting with an American president dates back to 1951, she is still immortalized in black and white: Princess Elizabeth waves from the back of a convertible, alongside a visibly delighted Harry Truman. 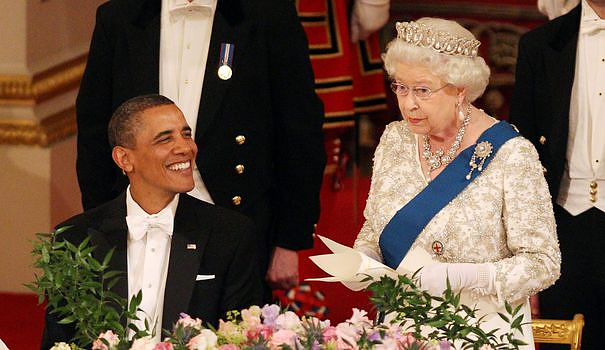 Her first official meeting with an American president dates back to 1951, she is still immortalized in black and white: Princess Elizabeth waves from the back of a convertible, alongside a visibly delighted Harry Truman.

It is already with the skill of a stateswoman that she launches, to the address of the former British colony: "Everywhere free men look towards the United States with affection and with hope."

From Harry Truman to Joe Biden, the United States will elect 14 presidents. She will have met 13 of them - only Lyndon B. Johnson is missing.

Elizabeth II, whose reign marries the assertion of the American superpower, applies to all her interlocutors in Washington the same treatment, made of formal distance and skilfully distilled familiarity.

There are the banquets at the White House or the unmissable tea in one or the other palace of the queen. Elizabeth poses in full dress with the Kennedys, she dances, wearing a yellow dress and wearing a sparkling tiara, with Gerald Ford, at a State dinner coinciding with the bicentennial of American independence .

But the queen, while satisfying the greed of the American press for etiquette and royal pomp, takes care to feed it also with less formal exchanges.

For example, riding a horse in 1982 around Windsor Castle with Ronald Reagan. The former western actor returned the favor in 1983, inviting him to share tacos and guacamole on his California ranch.

Taken by George Bush senior to a baseball game in 1991, she shakes hands with all the players. According to a dispatch from the UPI agency at the time, the sovereign shuns hot dogs but sips a cocktail, a martini.

We also find in the American national archives a letter from her hand, from 1960, in which she entrusts Dwight Eisenhower with her recipe for "scones", a pastry that the president had tasted in his Scottish residence of Balmoral.

The dough “should not rest too long before baking,” she recommends.

Subsequently, certain American presidents will say that they feel an almost filial affection for the aging sovereign.

"I don't think she would find it offensive, but she reminded me of my mother", commented Joe Biden, about his meeting in June 2021 with the sovereign.

The remark is particularly tasty. In 1982, the young senator Joe Biden, preparing to meet the queen for the first time, received this recommendation from his mother, a proud descendant of an Irish family: "Don't you bow down to her", "Don't Don't you dare bow to her."

Donald Trump told the Daily Mail that while having tea in 2018 at Windsor Castle with his wife Melania, he thought of his own mother: "She was a huge fan of the Queen."

Age difference obliges, Barack Obama said that the queen reminded him of his grandmother.

The presidential couple's reception in 2009 at Buckingham Palace was remembered for a hearty departure from protocol: Michelle Obama had briefly put her arm around the queen who, to everyone's surprise, had done the same.

"She meant a lot to us," the Obamas said in a statement responding to her death.

All five living former US presidents have paid tribute to Elizabeth II, in statements involving their wives.

Joe Biden ordered the American flag to be lowered until the funeral, including on the White House, which was burned down in 1814 by British troops.

He also summarized, in a long statement, a feeling felt around the world and particularly in the United States, this nation after all so young - she is less than 250 years old - while the life of the queen has covered almost a century. .

“Her Majesty Queen Elizabeth II was more than a monarch. She embodied an era,” Joe Biden wrote.