A peaceful second life for laying hens rescued from the slaughterhouse

All morning, the adopters parade in a small Gascon farm, their arms loaded with crates where hens settle obediently, ready to start their "retirement" in the open air. 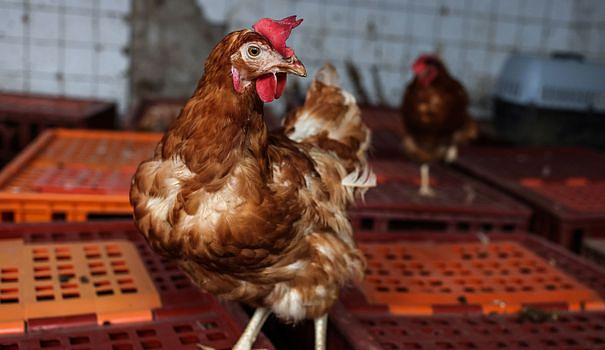 All morning, the adopters parade in a small Gascon farm, their arms loaded with crates where hens settle obediently, ready to start their "retirement" in the open air.

At the beginning of October, the association "Champs libres aux poules" passed the bar of 28,000 hens saved from the slaughterhouse, since its creation two and a half years earlier.

"In addition to having a food production, they are real pets, we can catch them, they let themselves be done", smiles Baptiste Dols, 32, a hen in his arms while the other waits patiently in a cardboard pierced with holes to let air through.

These so-called "reformed" hens after leaving the industrial circuit at the age of 18 months do not stop laying: some can produce four to five eggs a week.

"They can live two, three years without any worries, they are in the prime of life!", Heidi Carneau, the association's founder, told AFP.

"Our role is to mediate between farms that have to part with them for commercial reasons, and individuals who want to give them a new life and adopt them", describes this 40-year-old Franco-British.

With 60 volunteers spread over nine departments, from the Hautes-Pyrénées to the Bouches-du-Rhône, the association multiplies the rescues, at the rate of two or three per month. During the busiest weekend, 3,000 hens were collected from two farms.

"I find that saving the lives of several thousand hens is more useful than taking action in slaughterhouses", assures Rosalind Buck, the secretary of Champs libre aux poules.

Sitting behind a small desk, she collects payments from adopters – a minimum of 4 euros per hen – which will be used to finance the boxes allowing them to be stored during future operations as well as the care they may need.

"When they are 18 months old, 50 million laying hens go to the slaughterhouse, and it is heartbreaking for me to tell myself that if we had not recovered them, in a week, they would have been electrocuted to end up in kibble for dogs or cats", laments Heidi Carneau.

Her association received help from her British counterpart, "who saved 900,000 specimens in about fifteen years", underlines this Gersoise by adoption, who remembers having had her first little hen when she was still living in a student room. "She was laying on my bed," she laughs.

A passion that followed her until she moved to the Gers, near a farm with tens of thousands of poultry. Touched by their fate, she saved a hundred before their departure for the slaughterhouse, thus launching this "adventure" which she laughingly compares to the animated film "Chicken Run".

"We know that we are useful, it's concrete", she is satisfied, contemplating the 173 hens recovered the day before in an organic farm in the south of the Gers.

Christine Lasbats, 54, brings 20 home, about forty kilometers away. By loading them into the trunk of her car, she seems to have already fallen under the spell.

"My daughters love to catch them, pet them, they are not wild! They will bring love to the house and prevent waste" in addition to laying eggs, she rejoices. 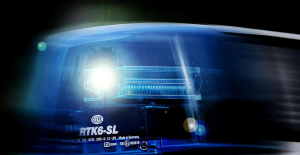 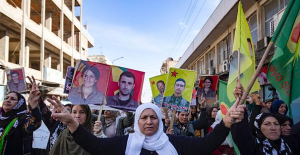 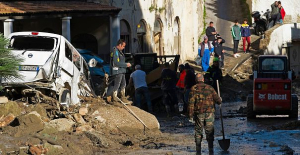