New "pioneering” actions were announced by the consistory in the town, which are part of the Real Plan that was presented last May. 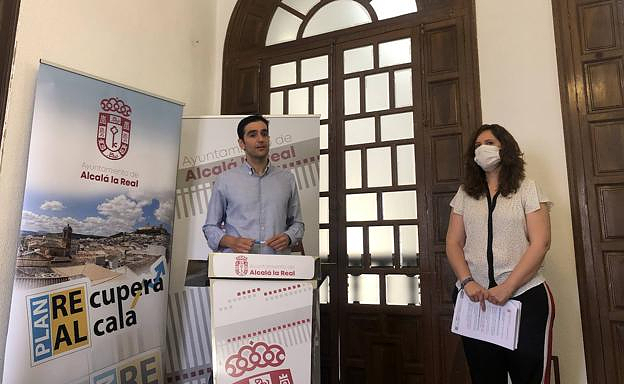 New "pioneering” actions were announced by the consistory in the town, which are part of the Real Plan that was presented last May. The aid package will be used to improve energy efficiency, conservation, and rehabilitation of homes in the historic centre and villages. This was a proposal that the Popular Party also considered in its government program. Marino Aguilera stated that the agreement promised to make it easier for the rehabilitation of historic homes and villages. He also pointed out that this measure complements the PEPRI actions and that they, on the one hand, serve as an economic boost to local businesses that can benefit by the actions in these homes.

"We are launching these regulatory base, pioneers in local council, who are endowed with an article of 100,000 euros divided into two articles of 50,000 euros thisyear and another 50,000 for 2020," the mayor stated during the media attention. According to the head of the consistory, they want to reach as many people possible through these calls. They also hope that the residents will be encouraged to move to the historic center and to renovate their homes in the same way as in the villages. Aguilera stated that we are referring to the two areas in the municipality where there is a loss of population.

These aids also have the goal of supporting local businesses that are involved in construction and energy efficiency. The bases will be published in the BOP next week and residents will have 30 days to submit applications. The mayor stated that the mechanism will then be launched. We understand that it will culminate next year, as there will be a follow-up study of the requests.

Aguilera stated that he hopes the local government board will approve aid next week for local businesses. This was in addition to the Real Plan that refers to modernization or adaptation to new models. They are also focused on digitization and adaptation to the new regulations due Covid-19.

Mercedes Flores, the mayor for Urbanism, Works and Services, went on to describe the grants and the ways residents can apply. Flores stated, "Highlight that this is a base whose goal it is the rehabilitation or conservation of our historic centre and villages." Flores stressed that there are three types of aid available: one for facades, dividing walls, roofs, and flat roofs, and another for improving accessibility, and finally, one for sustainable construction.

They will be able receive an aid of upto 80% for the rehabilitation and conservation of dated and dividing wall, compared to 60% for roofs or terraces. Flores stated that accessibility is another line. We will consider all improvements to this area such as the suspension of unevenness to make it easier for access and replacing a bathtub with a tray. The third line of assistance is sustainable construction. It will be valued in the event that energy efficiency can be translated into insulation, renovation of carpentry, and so forth. The responsible mayor stated that this line would receive a maximum subsidy up to 40% of the intervention.

The consistory reminded that the deadline for submitting applications is 30 days after the presentation, and that it takes up to two months for each case to be evaluated by the consistory. Mercedes Flores stated that there will be an application model, to which the budget should be attached, as well as a report if necessary. The maximum amount of aid per property is 5,000 Euro.

The values that will be considered in the face of applications are: It is necessary that the dwelling is the resident's habitual place of residence, that the applicant has a disability, or that the applicant is a large family. Flores stated that the council will grant a 3 month period to complete the work after the aid has been granted. Another three months is available to justify it.

These aids can be added to the initiatives that the council is taking to increase the historical center's value.

‹ ›
Keywords:
NuevaLineaAyudasDentroPlanRealViviendasCascoHistorico
Your comment has been forwarded to the administrator for approval.×
Warning! Will constitute a criminal offense, illegal, threatening, offensive, insulting and swearing, derogatory, defamatory, vulgar, pornographic, indecent, personality rights, damaging or similar nature in the nature of all kinds of financial content, legal, criminal and administrative responsibility for the content of the sender member / members are belong.
Related News