A million dollars for Messi's bischt

A lawyer from Oman wants to buy football superstar Lionel Messi for a lot of money the bischt that he received at the award ceremony after winning the World Cup final. 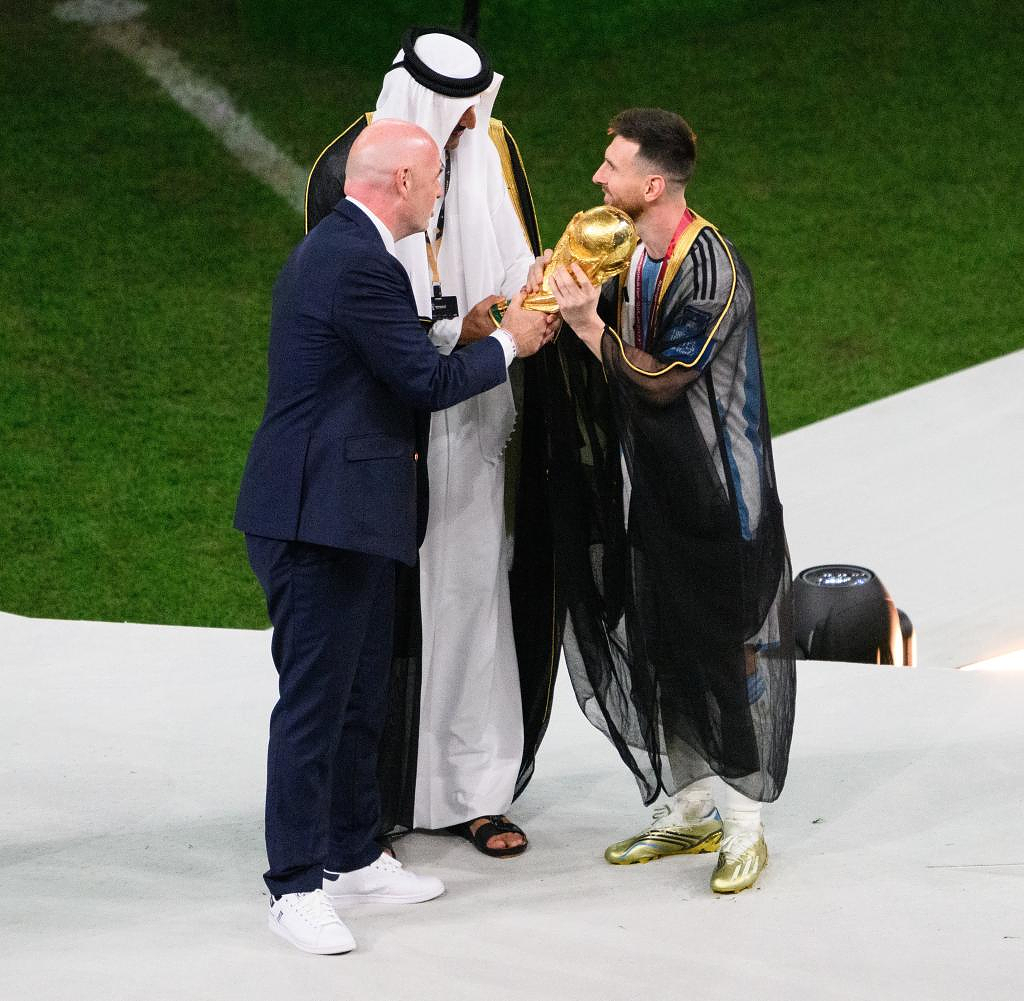 A lawyer from Oman wants to buy football superstar Lionel Messi for a lot of money the bischt that he received at the award ceremony after winning the World Cup final. “The bischt is a symbol of chivalry and wisdom. I am offering $1 million for this bischt,” Ahmed Al Barwani, a lawyer and Oman MP, wrote on Twitter.

Qatar's head of state, Emir Tamim bin Hamad Al Thani, had put the transparent noble robe called Bischt on Messi for the award ceremony. In the West in particular, criticism was leveled at the fact that the Argentines' jubilant pictures after their victory against France no longer belonged only to the new world champions, but also to the host country. In the Arab world, users of social networks have reacted with astonishment to the criticism.

"I was in the stadium and witnessed the moment live when the Emir of Qatar Messi presented the bischt," Al Barwani told The National: "That moment showed the world that we are here and that this is our culture." The bischt is a symbol of many things, including "wisdom, bravery, integrity, generosity and authenticity. And, most importantly, it shows who we are," Al Barwani said.

If he is successful with his offer, he does not want to wear the bischt himself, but wants it displayed "to commemorate this moment of pride and to help us relive it".

In Germany in particular, the award of the World Cup to Qatar was extremely controversial. The Gulf state is regularly criticized for human rights violations, among other things. The country is accused of wanting to polish up its image with sporting events such as the World Cup.

A bischt is a traditional cloak worn by men in the Gulf States and Iran on special occasions.

‹ ›
Keywords:
NewsteamLionelMessi
Your comment has been forwarded to the administrator for approval.×
Warning! Will constitute a criminal offense, illegal, threatening, offensive, insulting and swearing, derogatory, defamatory, vulgar, pornographic, indecent, personality rights, damaging or similar nature in the nature of all kinds of financial content, legal, criminal and administrative responsibility for the content of the sender member / members are belong.
Related News