A particularly bare Christmas tree in front of the famous Frauenkirche in Dresden is currently causing a stir. 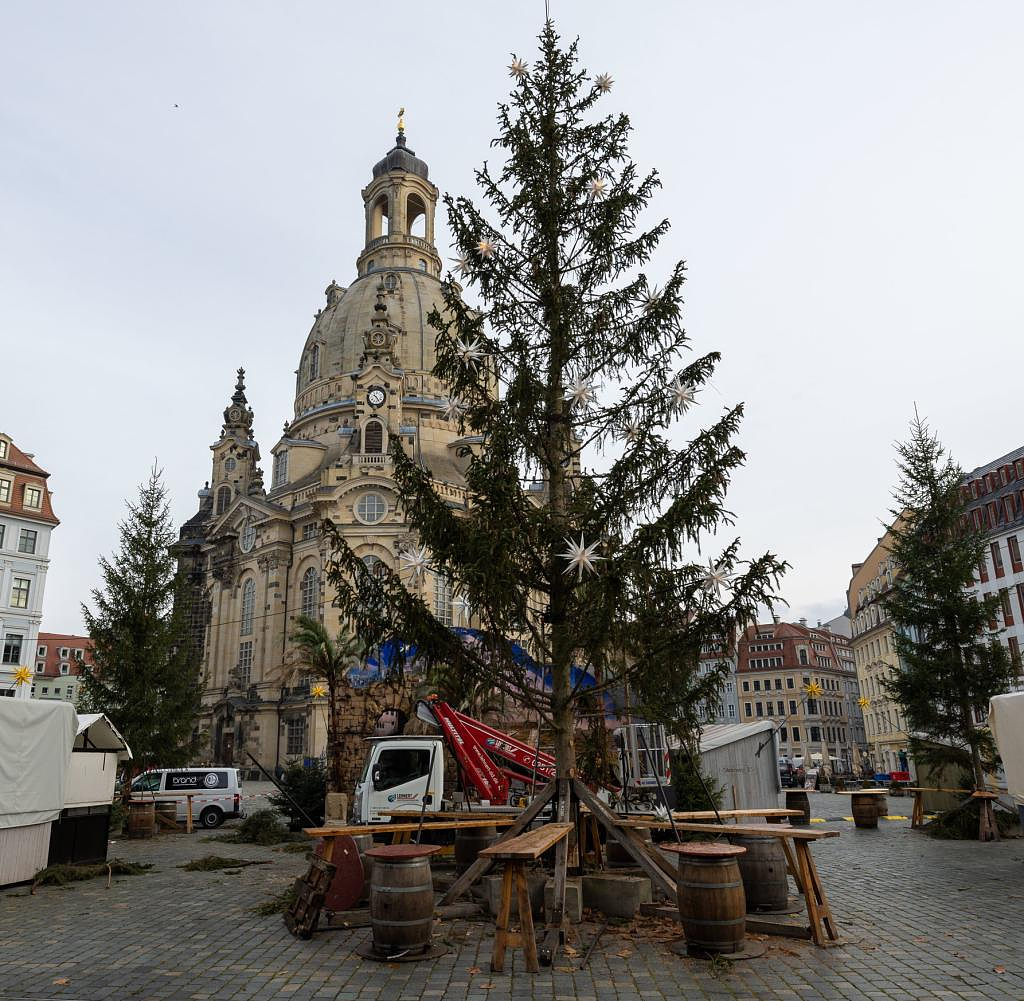 A particularly bare Christmas tree in front of the famous Frauenkirche in Dresden is currently causing a stir. The tree has been met with ridicule on social media, calling it a "spooky spruce" or suspecting it to be a recycled tree from the previous year. There is a serious reason behind it. The spruce is a reflection of what it looks like in the Saxon forests after two years of drought and forest fires, said Cathleen Janotte from the organizer "Advent on the Neumarkt" on Tuesday.

A conscious decision was made to take regional trees from Sachsenforst because this also means shorter transport routes. There are a total of 14 trees on the Neumarkt. "It's just like a small sanctuary for the trees that nobody else wants," emphasized Janotte.

The particularly light spruce was already repaired on Tuesday. "Knots were screwed on and he already looks a lot better with the Christmas decorations."

‹ ›
Keywords:
SachsenDresdenNewsteamWeihnachtsbäumeTexttospeechNeumarktFrauenkircheCathleen JanotteSachsenforstWeihnachtsbaumFichteNaturschutz
Your comment has been forwarded to the administrator for approval.×
Warning! Will constitute a criminal offense, illegal, threatening, offensive, insulting and swearing, derogatory, defamatory, vulgar, pornographic, indecent, personality rights, damaging or similar nature in the nature of all kinds of financial content, legal, criminal and administrative responsibility for the content of the sender member / members are belong.
Related News