The clinics are currently having an above-average sickness rate among employees. 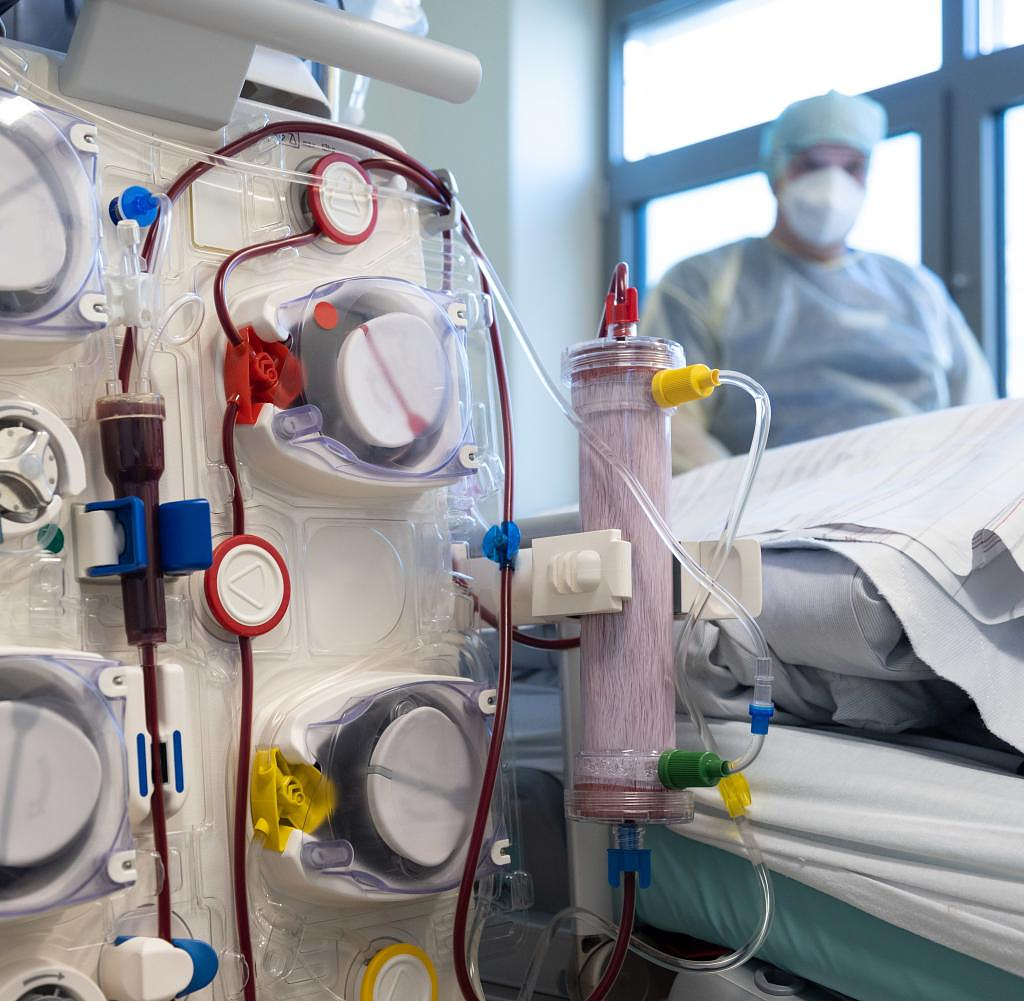 The clinics are currently having an above-average sickness rate among employees. “We are now likely to have a staff shortage of nine to ten percent, which means that almost every tenth employee is sick,” said the CEO of the German Hospital Society (DKG), Gerald Gaß, the German Press Agency. That is 30 to 40 percent more failures than usual at this time of year.

Many employees are affected by the infectious diseases, which also cause high patient numbers. In addition to Corona, the flu and RS viruses in children are currently causing many diseases across the country.

The staff situation is thin anyway, said Gass. "As a result, beds are currently blocked in a number of hospitals or entire wards have to be logged off. We are not allowed to treat if we fall below staff limits. ”The children's hospitals are particularly affected because many nursing staff with additional training work there. "It's not that easy to deploy staff from an adult ward to the children's ward."

In this situation there is no easy solution. “One adjustment screw would be the relief of bureaucracy and documentation requirements. The Minister of Health should go back and give the hospitals some leeway," said Gass. "One should now consistently say that the nurses only have to document the most necessary things that are important for patient treatment and can otherwise concentrate on the care."

The DKG boss also spoke out in favor of suspending the lower personnel limits. "In a situation like this, it is appropriate to give the hospitals the responsibility to decide where they can organize good care with a little less staff."

Intensive care physician Christian Karagiannidis believes that the expected burden on the healthcare system due to the lack of skilled workers is greater than that caused by the corona pandemic. "The pandemic wasn't pretty, but compared to what we're going to face in the next ten years, that was a much smaller problem," Karagiannidis told the Berlin "tageszeitung". He therefore pushed for massive immigration.

"We will lose around 500,000 employees who retire in all professional groups every year," warned the President of the German Society for Internal Intensive Care Medicine and Emergency Medicine (DIVI). Millions of jobs could not be filled because of this. "These workers are missing as care workers, they are missing as contributors - that is still completely underestimated," said Karagiannidis. If something is not done now, "the health system will crash".

As a way out, the doctor, who is also the head of a special center at the lung clinic in Cologne-Multiheim, campaigned for targeted recruitment of young people abroad. Otherwise the gaps in personnel could not be closed. "The only thing that would increase the number of workers would be structured migration on a large scale." In countries with high birth rates and high youth unemployment, young people could be brought to Germany directly after school.

"After the three-year training, they should decide for themselves whether they stay here or return to their home country," Karagiannidis campaigned for a right to stay. "But that would have to be done quickly now," he urged to hurry. At the same time, however, he expressed skepticism about the implementation: "Unfortunately, I don't see that at all in the current political climate."

Clinics and medical practices are also complaining about bottlenecks in a number of medicines. The President of the German Medical Association, Klaus Reinhardt, called on the population to help each other with the medicine cabinet. “Now only solidarity helps. If you are healthy, you have to give medicine to the sick. We need something like flea markets for medicines in the neighborhood," he told the "Tagesspiegel".

The Federal Union of German Associations of Pharmacists (ABDA) complained about unnecessary bureaucracy. "Of course, an individually produced fever juice in the pharmacy costs more and the health insurance companies do not reimburse it if it is not prescribed on the prescription. But the doctor cannot know that there will be no fever juice in the pharmacy," said Gabriele Overwiening of the German Press Agency. This creates a completely unnecessary bureaucracy because of the health insurance companies.

In her view, it would make sense for pharmacies to be able to decide when to produce the drug themselves. Another problem is the additional time, Overwiening said. Because: "We are not allowed to produce it in advance either."

‹ ›
Keywords:
NewsteamKrankenhäuserDeutsche KrankenhausgesellschaftGerald GaßApple PodcastOsnabrückKarriereRSVCoronaTagesspiegelBundesärztekammerABDAKrankenstand
Your comment has been forwarded to the administrator for approval.×
Warning! Will constitute a criminal offense, illegal, threatening, offensive, insulting and swearing, derogatory, defamatory, vulgar, pornographic, indecent, personality rights, damaging or similar nature in the nature of all kinds of financial content, legal, criminal and administrative responsibility for the content of the sender member / members are belong.
Related News