Vicky Bowman, in post between 2002 and 2006, was arrested on Wednesday in Rangoon, the economic capital of the country in the grip of a violent conflict since the coup d'etat of February 1, 2021. 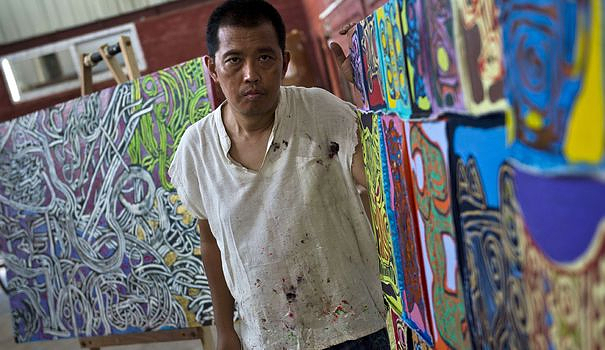 Vicky Bowman, in post between 2002 and 2006, was arrested on Wednesday in Rangoon, the economic capital of the country in the grip of a violent conflict since the coup d'etat of February 1, 2021.

Her husband, Burmese artist Htein Lin, a former political prisoner between 1998 and 2004, was also arrested, according to this source, who requested anonymity.

"We are concerned about the arrest of a Briton in Burma," a British embassy spokesman told AFP.

“We are in contact with the local authorities and we are providing the necessary consular assistance,” he continued.

The couple, accused of violating the immigration code, have been transferred to Insein prison in Yangon, local media reported.

Asked about the subject, a spokesman for the junta did not respond to requests from AFP.

"This is a provocation on the part of the regime. Vicky and Htein Lin are highly respected personalities who have contributed a lot to Burma for decades. The fact that Vicky is a former ambassador adds to the seriousness of the matter", reacted to AFP Richard Horsey, Burma expert with the International Crisis Group (ICG).

Vicky Bowman has led the Center for Responsible Economy in Myanmar (MCRB) since July 2013. She also served as Second Secretary at the British Embassy in Burma between 1990 and 1993.

She married in 2006 Htein Lin, whose works made in prison, with material smuggled in, had captured the attention of the ambassador.

The painter had been detained because of his opposition to the team junta. As a student, he also took part in the August 1988 uprising.

Since the coup that overthrew civilian leader Aung San Suu Kyi, the ruling army has been waging a bloody crackdown on its opponents, with more than 2,100 civilians killed and nearly 15,000 arrested, according to a local NGO.

Relations between Burma and the United Kingdom have deteriorated since the military coup.

The junta qualified at the beginning of the year as "unacceptable" the reorganization of the diplomatic representation in Burma of the United Kingdom, which no longer sends an ambassador to Yangon, but a temporary charge d'affaires - to whom the authorities have barred access to the country.

London announced on Thursday, the fifth anniversary of the start of the army's bloody abuses against the Rohingyas, new sanctions against several companies and people linked to the junta.

Several foreigners are detained in Burma, including the Japanese Toru Kubota, the fifth journalist to have been arrested since the coup - all were eventually released and expelled from the country.