Two accomplices in the escape of Carlos Ghosn arrested in Boston 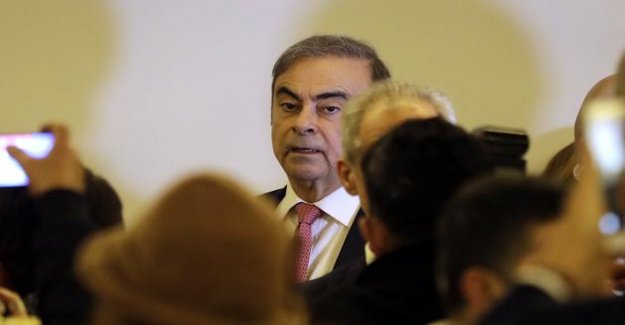 Two men suspected of having organized the escape of Carlos Ghosn in Japan in a box of music equipment were arrested Wednesday morning near Boston by the american police. Michael Taylor, a former member of the green Berets, us special forces, and his son, Peter Taylor, were the subject of an extradition request issued by the justice japanese for their role in the exfiltration of Ghosn on December 29, 2019.
The warrant of arrest was also an american citizen of lebanese origin, George-Antoine Zayek. All three are accused of having violated the japanese laws on immigration by helping Carlos Ghosn to leave the country.

also read : know Everything about the case of Carlos Ghosn

The two men were arrested at the home of Michael Taylor, Harvard, near Boston, and while Peter Taylor was about to leave for the Lebanon. Their arrest was requested by the prosecutor, pending hearings on extradition, on the grounds that Michael Taylor " presents a significant risk of leakage ". His alleged involvement in the exfiltration of Ghosn "demonstrates his ability to develop plans of escape, daring, and his blatant disrespect for the conditions of supervised release," said the prosecutor.

Accused of embezzlement, Carlos Ghosn, boss of Renault-Nissan, had been arrested in November 2018, and imprisoned by the justice of japan. Released on bail and placed under house arrest pending his trial, he fled the scene in conditions that are incredible on December 29, 2019, hidden in a box of music equipment on board a private plane bound for Turkey. He had arrived the following day in Lebanon, where it still is located.

The japanese authorities have reconstructed the course of this escape, and established the respective roles of the three men who mounted this operation. Former green Beret and chuteur operational, Michael Taylor, 59 years old, had been deployed in Lebanon in the 1980s. After leaving the u.s. army and led the christian militias of the lebanese Forces, it was converted in private security, and had participated in various clandestine operations, often in cooperation with the american authorities.
It had been hired by the american newspaper The New York Times for trying to arrange the escape of one of their reporters, David Rhode, captured by the taliban in Afghanistan in 2008. He had also managed to arrange the escape of a family by an abusive husband in Lebanon. Michael Taylor had had to cease its activities after having tried to bribe an FBI agent after having illegally obtained a security contract. Sentenced to the prison farm, it was converted back to its release in the marketing of vitamin drinks.
His know-how a bit particular, and his contacts in Lebanon, from where hails his wife, had led him to successfully carry out the exfiltration of underground Carlos Ghosn. This transaction had an impact in the media world. The former green Beret and his son are now in danger of having to answer for it in Japan, a country with which the United States signed an extradition agreement.