Turkish patron must remain in prison

Despite international criticism, the Turkish intellectuals Osman Kavala has to stay in prison. In a much-publicized trial of well-known civil society activists, Despite international criticism, the Turkish intellectuals Osman Kavala has to stay in prison. In a much-publicized trial of well-known civil society activists, the court refused the high security prison in Silivri, West of Istanbul, on Tuesday the request for dismissal.

Kavala has been sitting for more than one and a half years in detention. The also imprisoned activist Yigit Aksakoglu comes free after about seven months in custody. But he is not allowed to leave the country and must report regularly to the police. The hearing is on 18. and 19. July will be continued.

The process against Kavala, Aksakoglu, and 14 other activists had begun on Monday. The prosecution accuses the defendants, among other things, attempted overthrow of the government in connection with the government's critical Gezi Park protests of 2013.

Kavala is accused in addition to the demonstrations, with foreign aid financing. The Prosecutor calls for all the accused to life imprisonment.

The Gezi protests had ignited in the summer of 2013 on the development of Gezi Park in Istanbul's center. They expanded to country-wide demonstrations against the authoritarian policies of the former Prime Minister and current President, Recep Tayyip Erdogan . The government had to beat the protests brutally. (nag/sda) 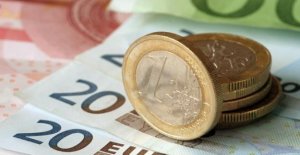 Better to share the wealth ? The crisis of the Covid-19... Should give place to more cruise ships: Now postponed... Wondering about the players: Am I a total idiot?