The French GDP fell by 5.3% in the first quarter, a record

Less pronounced than previously estimated, but all the same record: the fall of GDP reached 5.3% in the first quarter, marked by the beginning of containment to 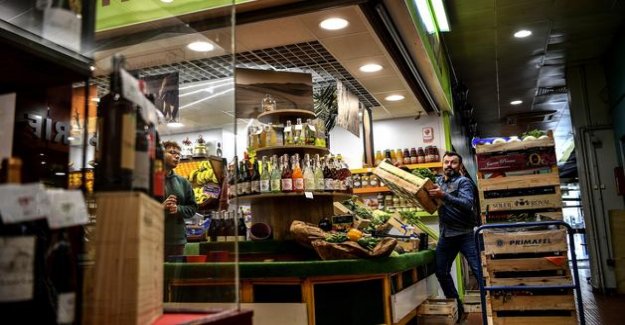 Less pronounced than previously estimated, but all the same record: the fall of GDP reached 5.3% in the first quarter, marked by the beginning of containment to combat the epidemic of Covid-19, and before the plunge is expected in the second quarter.

Insee, that was the end of April estimated at 5.8% the decrease in the gross domestic product in the first quarter, revised on Friday the magnitude of the decline of the French economy, finally a bit less dramatic than calculated at the outset.

A -5,3%, the fall in GDP equal however the one recorded during the second quarter of the year 1968, marked by massive strikes of the second half of may.

And it confirms the entry of France into recession, following declines of 0.1% of the activity during the last quarter of 2019, even if on the whole of last year the economy has finally least slowed down, with GDP growth of 1.5%, according to a new estimate from the Insee published on Friday.

In the detail, in the first quarter, according to new estimates from the Insee, all the components of the economy are ultimately a little less plummeted as assessed during its initial estimate.

The consumption expenditure of the households have experienced a "decline in new" 5.6%, when the Institute was first evaluated in a decline of 6.1%.