The Federal Council wants to tobacco advertising Initiative come before Ball at the Parliament

The fundamental concern of the Federal Council shares. He is very pleased with significant restrictions on tobacco advertising to protect young people better from the dangers of tobacco, he writes, in a communication of Friday.

He had failed in the Parliament as early as 2015 and shall submit proposals to this but. On the second attempt, the Federal Council has removed the restrictions on advertising, as requested by Parliament to a large extent.

The Council of States has tightened the rules again. He passed in September a law that provides for additional advertising bans for cigarettes in the press and on the Internet. Also, the sponsorship of international events should be banned. In addition, no tobacco products shall be allowed to be sold to minors anymore.

The Federal Council supported these resolutions, as he States in the message. The Decisions of the Council of States increased the protection of minors and permitted in 2005, which came into force framework Convention of the world health organization to ratify the tobacco control. Thus, a long-standing goal of the Federal Council will be achieved.

In the parliamentary debate, wants to use the Federal Council for additional measures for the protection of minors. Thus, tobacco advertising should be forbidden in the cinema and on billboards. The goal is a law project that corresponds to the concerns of the Initiative, the Federal Council writes. With this approach, an indirect counter-proposal redundant.

Now, the tobacco product act is the national Council. There the new could come more fixes-to-Wear: In the first start-up of the great chamber in 2016, with 101 votes for the rejection, had spoken to the Federal Council, where SVP and FDP agreed almost closed. (sda) 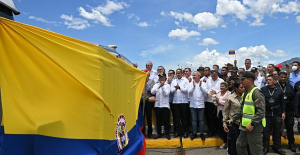 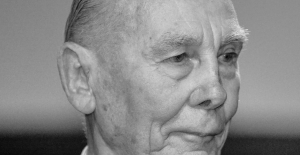