a Few days before the commemoration of the 80th anniversary of the appeal of 18 June, and while a bust of the general has been vandalized on the 15th of June at 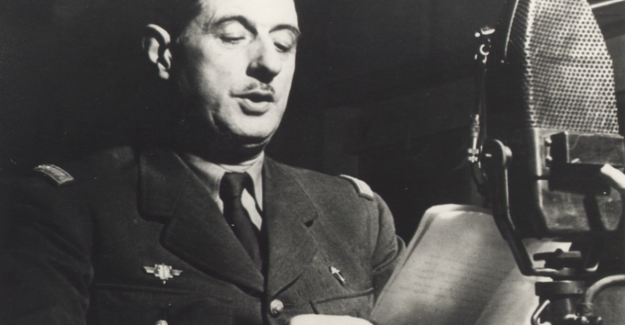 a Few days before the commemoration of the 80th anniversary of the appeal of 18 June, and while a bust of the general has been vandalized on the 15th of June at Hautmont, it appears that the figure of Charles de Gaulle has never been more present in the Hexagon. At a time when the memory of the flame of the resistance must be revived as it should be, it is important to maintain the memory and to make known to the young generations of this difficult period that has shaped our country. Here are five essential steps to better reappropriate our history.

Museum of the Liberation of Paris, and three places in one:

This place was renovated there is less than a year, brings together three museums. The temporary exhibition, 1940: The Parisians in the exodus, echoes the 18 June. It tells the story of how 8 million people, including 2 million parisians can be found on the roads from 3 to 14 June 1940. Posters, archival documents, photographs, films, children's drawings... illustrate this tragedy. The permanent collections are devoted to General Leclerc (Maréchal Leclerc de Hauteclocque), and Jean Moulin. Historical artifacts, letters, photographs, press clippings... retrace the life of two men through a course and innovative teaching.
Without forgetting to visit to twenty metres below the museum, to the command post of the Colonel Roll Tanguy, chief of the FFI of the Ile-de-France. Unfortunately, for reasons related to the COVID, the caques of virtual reality are not available.

The exodus of Parisians in June 1940. Exhibition 1940: The Parisians in the exodus Carl Mydans-The LIFE Picture Col Guetty Images His statue, a symbol of a man running

Big man and tall man, the General was 1.96 m . His bronze statue evokes it perfectly. Dominant 7m55, (3m70 on a base of 3m85), it has a decided echo of the descent of the Champs-Élysées, 26 August 1944. Two plates are on the base. On the side of the Star : “there is a pact twenty centuries between the greatness of France and the freedom of the world.”(Memories of war). On the side of the Concorde, "Paris, Paris outraged, Paris broken, Paris martyred, but Paris liberated..." (speech of the General at the Town hall on August 25, 1944). It was carried out by the sculptor Jean Cardot at the foundry of the Fondation de Coubertin, Saint-Rémy-lès-Chevreuse. It was inaugurated with great pomp on November 9, 2000 for the fiftieth anniversary of his death. On the place, it forms with that of Winston Churchill and Georges Clemenceau, a trio of symbolic.

The place of the Star was its original name because of the twelve avenues start from its center. It was renamed Place Charles-de-Gaulle airport, on November 13, 1970 or a few days after the death of the general, on the 9th of November.
It is at the crossroads of three districts of Paris (8th, 16th, 17th).
Every day at 18: 30, veterans there to rekindle the Flame of remembrance(at the moment the groups are reduced to 10 with the health measures to be mandatory). On August 26, 1944, general de Gaulle rekindled the flame of the unknown Soldier and then down the Champs-Élysées in the middle of a cheering crowd in a Paris finally free.
take the opportunity to visit the monument, which reopened on June 15. Res. Required on the site . All days from 11h to 19: 15. Place Charles-de-Gaulle.

"To the great Men, the grateful homeland"

Since June 15, one can again visit the great men. Charles de Gaulle has followed the motto inscribed on the pediment by opening the first, the Pantheon of the resistance. It authorizes the transfer of ashes of Jean Moulin, as a symbol of the struggle for freedom. On December 19, 1964, the ceremony is conducted with pomp. It is introduced by the famous speech of André Malraux, minister of cultural Affairs. One can also mention René Cassin (Nobel Peace prize in 1968), a major figure of the Resistance is panthéonisé in 1987. Pierre Brossolette (1903-1944), Jean Zay (1904-1944), Germaine Tillion (1907-2008), Geneviève de Gaulle Anthonioz (1920-2002), all four resistance return Wednesday 27 may 2015. Simone and Antoine Veil, 1 July 2018. Of course the visit of the Pantheon does not stop there, inside as well as outside are worth to spend there several hours.

The museum of the order of Release

from June 27, among the many areas of the Hotel national des Invalides, it is a created by general de Gaulle in November 1940 to distinguish the fighters who have worked in exceptional ways to the liberation of France. The museum of the order of the Liberation traces the history of Free France from 1940 to 1945, through the portraits of Companions of the Liberation. It will have to wait for September to discover The Historial Charles de Gaulle, space interactive multimedia devoted to the action of the public man, the leader of the Free French, and the founding president of the Fifth Republic.

Very crowded, triangular in shape, it separates the district of Notre-Dame-des-Champs (6th) and the street of Rennes (15th). Formerly the place de Rennes, she took in 1951 the name of "place du 18-Juin-1940 ". The old Montparnasse train station that gave it has been destroyed and replaced between 1965 and 1972 through a shopping mall and the Montparnasse Tower.

The editorial team conseilleTestez your knowledge of Paris during the Second War mondialeÀ Paris, shelter, secret of the FFI becomes the museum the LibérationArc de Triomphe, Conciergerie, Panthéon... Reopening of five monuments to ParisSujetsParisSortir to ParisAppel 18 juin2 commentairesWoodoowle 16/06/2020 12:01

It seems that now slather the busts of the gentleman, it is trendy.