In the Berlin BMW plant (2300 employees) are planning a little celebration – with music, Bulettchen, odds and ends. Sommerfete? Now, the bowl with the pasta sal 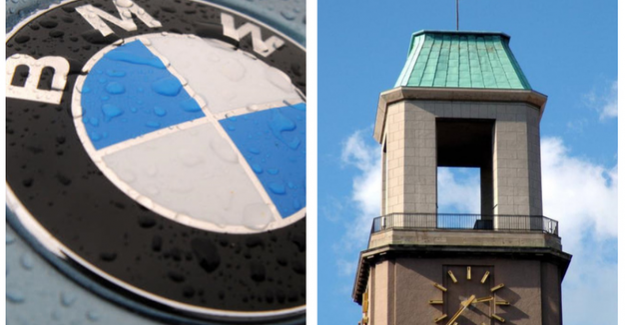 In the Berlin BMW plant (2300 employees) are planning a little celebration – with music, Bulettchen, odds and ends. Sommerfete? Now, the bowl with the pasta salad will be slightly bigger as BMW celebrates 50 Years in Spandau – in the autumn of 1969 was screwed the first motorcycle; in April 2019, the three-millionth comes from the Band.

not only that, But 2019 is: All the BMW plants from Spandau to South Africa could apply in the case of the Karl-Monz-Foundation. Karl Monz formerly belonged to the BMW group's top management, had no offspring, and distributed the assets of his Foundation. 2019 got the idea from the Supplement. Plant spokeswoman Romy Ertl said now to the Spandau-Newsletter the daily mirror: "We support the St Christopher's hospice group. It flows a donation of 25 000 euros, which is a children's grief group will be set up.“ The hospice is located in Kladow on the hospital campus Havel height.

Well, if corporations are involved specifically in the Neighborhoods. BMW also supports the new University in the old town of Spandau – "with 8000 Euro, and especially with Know-how," says Ertl in a BMW factory. The Spandauer University Gabriele Fliegel (Head of the "Farmyard Spandau"; founded in 1949, 320 companies) had found in the Winter on a Partner – a University of Bangkok. "We have close Links to Thailand, and being a plant", says BMW-Mrs Ertl. Even Princess Maha Chakri Sirindhorn was already in Haselhorst and on the premises of the dual training system – BMW has 80 apprentices. Spandau, you old model.

The messages we have taken from the new Spandau-Newsletter, the daily mirror . You can complete and order it free of charge under leute.tagesspiegel.de. There's also all of the other eleven district newsletter from the daily mirror.

"We are not in Berlin, but in Spandau," Helmut Schramm, head of the BMW motorcycle factory in Spandau. He grew up in the district, knows the best pastry – and even more especially Nice. Click here to read the walk through the old town.

- oops, BMW advertises now even with a "Spandau". More here in the Spandau-Newsletter.

What is Siemens on the dining plan? And wear the chefs in the BSR orange in the kitchen? The canteen-Check out the Spandau-Newsletter.

- Extremely full trains: "I have to get out of here, I get claustrophobic," The S-Bahn does not drive, so all of the regional railway - a disgrace! An experience report from the new Spandau-Newsletter.

- "20 million euros": the Senate water Polo Arena plans in Spandau: So clearly it has told nobody yet: The Senate plans next to the swimming pool Spandau-Süd, a water Polo Arena. It will also benefit the school sports.

. Cultural scene, Spandau plans new music festival: Narrow, winding, but full of ideas: In the "culture house" is planning the Boss is a large Festival for old music in three locations. Here they announced their Plan.

walk through with BMW-factory-in-chief "We are not in Berlin, but in Spandau"

- Gastro-the family takes trip local on port: The port of Kladow is a old has been revived Locally. Behind it is a Gastro-Wannsee, in the Europa-Center is a well-known Locally.