"The sharp increase of occupational accidents among young people,"

"the Number of workplace accidents among young people has increased by almost 20% since 2014, according to preliminary statistics from the Swedish work environment authority, as the magazine Safety has developed."

" Every year is harming the young, in particular, to the handling of machinery and work equipment, or to perform heavy lifting without having sufficient knowledge about how the work should be carried out. They are also exposed to threats and violence from customers, " says Jennie Karlsson, inspector of the authority, to the newspaper."

"last year was notified 4 861 occupational accidents resulting in sick leave for persons under 25 years of age. The corresponding figure in 2014 was 4 000. In particular, increases in the number of accidents among young men."

"the Swedish work environment authority will take a closer look at what the increase is due to, and shall, during the year, inspect the 370 workplaces that employ young people in the hotel and restaurant, camping and trade, the writing of health and Safety. Previously known is that the accident risk increases the fresher you are on the job." 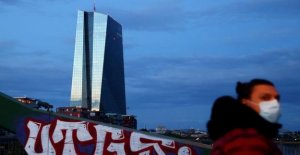