Over 500 cases of child abuse in Zurich

528 cases of child abuse handled by the child protection group and the victim counseling center at the children's hospital of Zurich in the year 2018. The ar The children's hospital distinguishes five maltreatment types: physical and mental abuse, sexual abuse, neglect, and Munchausen by proxy syndrome. The neglect and psychological abuse have increased – as early as 2017 – most of all ( 1,6, respectively, 1.8 percent). In the category of mental abuse, including those children and adolescents who have been victims of domestic violence, such as the children's hospital, told today Monday.

A slight decrease compared to the previous year in the number of cases of sexual exploitation (0.8 percent) and physical abuse (-3.6 per cent). In 357 cases, the child protection group was able to establish the abuse. In the case of these children, measures or offers of support have been initiated.

In the case of 32 of the reported children (6 percent) could be excluded maltreatment. So was, for example, an initially suspicious injury in a child to prove that the cause was an accident. Of the 139 children (26 percent) could be confirmed maltreatment or excluded. In such cases, the child protection group ensures that other persons or institutions to accompany the child and his family.

in 2018, it was found that the child protection group care for the most abused children in the age from one to seven years. Girls are more frequently victims of violence against sexual integrity, in contrast, boys are more often physically abused.

The ultimate goal in the protection of children is to protect children and to support the family environment, it means more. So could, for example, prevent a professional support to young parents that in a high-risk situation is abuse.

In conversations with over-stressed parents have shown that these are appropriate support is offered openly and gratefully accept. The early detection of child abuse or situations with potential danger for children allows in the best case, to stop the abuse, or the dangers averted, more. (sda) 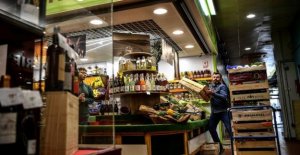