In February 2019 have 2.063 people asylum applied for in our country. That is a decrease of 25 percent in comparison with January. Palestinians remain the large In February 2019 have 2.063 people asylum applied for in our country. That is a decrease of 25 percent in comparison with January. Palestinians remain the largest group of applicants for international protection. Yet their number by 40 percent: 257 compared to 426 in January. That makes the minister of Asylum and Migration, Maggie De Block (Open Vld) announced in a press release.

In January, there were 2.765 applicants for international protection in Belgium, when an increase of 120 percent compared to december 2018, according to figures from the office of the Commissioner general for Refugees and Stateless persons (CGRS). That was also the highest number of asylum seekers since three years.

"The number of asylum applications since the summer of last year rose to an average of slightly more than 2,000 per month. That increase is manageable, especially now that the government my plan of action for a humane reception of the people who seek protection has been approved", said minister De Block. "We will also make sure that they have a faster decision. Those who have no right to asylum, will therefore also faster our country will have to leave."

Palestinians remain the largest group of applicants for international protection. The number of people from Syria and Afghanistan continues to fluctuate between 200 and 300. "A ontradingscampagne specific to the Palestinians in the Emirates and in Saudi Arabia was more than 195.000 times by the audience is seen. New ontradingscampagnes by the Immigration Service are in preparation. Palestinians will get no automatic recognition more as a refugee. The voluntary return of that group is also in increasing trend," says Block. 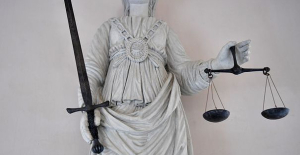