Mali, the first african country to obtain the suspension of payment of its debt

Mali became the first african country to obtain a moratorium from the Paris Club after the decision of the G20 to suspend this year's debt service, said Tuesda 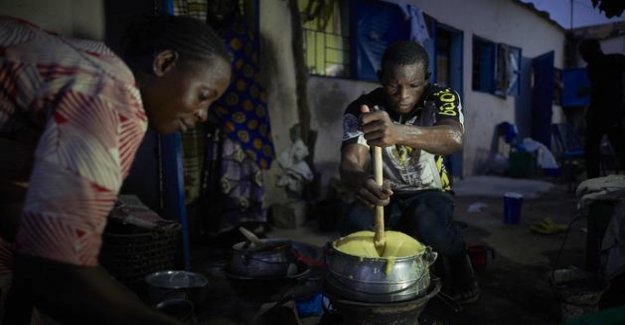 Mali became the first african country to obtain a moratorium from the Paris Club after the decision of the G20 to suspend this year's debt service, said Tuesday the French ministry of Finance.

read also : Coronavirus : everything understand the risks posed by the massive african debt

"We have already four countries that have signed the moratorium with the Paris Club," said a source from the ministry, stating that the other three countries are Nepal, Grenada, and Dominica.

77 countries eligible for the moratorium

She said that 20 other countries were currently in a phase of "finalization of the documents to sign, in their turn, an agreement with the Paris Club, noting that 77 countries were eligible to this moratorium, granted because of the crisis of the sars coronavirus. "We expect that a few dozen additional countries we send their application in the next few days," added the source, noting however that this moratorium was "a temporary suspension" and that "the money was intended to be repaid later".

In mid-April, the 22-Paris Club creditors and the creditors of the emerging markets, including countries such as China, India, saudi Arabia, Turkey or South Africa, have agreed to suspend payments on the debt service for the benefit of the poorest countries.

The Paris Club, founded in 1956, is an "informal group" of countries called "industrialized", among which France, the United States, Germany, Japan or even Switzerland. This multilateral institution aims to allow "for creditors to recover their claims in arrears and to find an effective and expeditious solution to the sovereign debt crisis".

The editorial team conseilleLes Germans do not want to pay the debts of the EuropeAfrique: the coronavirus destabilizes a health system that is already very fragile1 commentaireanonyme 26645le 20/05/2020 at 11:33 am

AND nothing in exchange!!! not even to take back its nationals in an irregular situation in France and in Europe...too much is too much!