Little instructions of the train at the time of the déconfinement

The rule of one seat on two vacant in the TGV jumps, the offer of trains goes up, the mask is mandatory, the certificate employer in the Ile-de-France... Here i 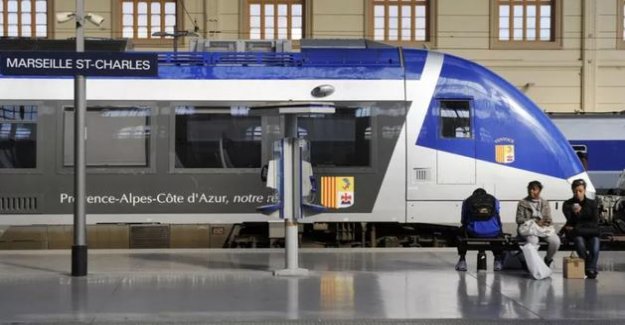 The rule of one seat on two vacant in the TGV jumps, the offer of trains goes up, the mask is mandatory, the certificate employer in the Ile-de-France... Here is a small mode of employment of the transit time of the déconfinement.

• One seat in the TGV, it is finished

And this from the 2nd of June, said Sunday the office of the secretary of State for Transport, Jean-Baptiste Djebbari. "We remove the restriction of a seat on two" neutralized in the TGV, which had been imposed on the SNCF in order to comply with the rules of estrangement, said Mr. Djebbari on BFMTV, asking the public operator to "control its rates" during the summer.

This restriction, then no constraint of this type has been imposed in the plane, was cringe to the station, especially in respect of the TGV, only the train on which she usually makes a profit. The transport company needs an occupancy rate of at least 60% - up to 80% in the Ouigo - not to lose money.

• But the mask is still required

"We will continue to have health measures are very important in the transport, including the obligation to wear the mask, indicated the secretary of State. If the rule of the vacancy disappears, Mr. Djebbari called the SNCF do anything to put some distance between the passengers in the trains, when they are not full. "What we anticipate is that we will probably have a mid-June 100% of supply and 50% of the attendance", said the secretary of State.

• All trains back on track by the June 24

By June 24, all of the trains in France, of the TER and TGV train connections, will be back on track in time for the holiday. The offer will then retain 100% of its level prior to confinement, according to the secretary of State, who spoke of an "appetite" fort of the French, for travel.

• Certificate employer maintained in the Ile-de-France

The attestation, the employer, or a self-certification, to take the transport in the Ile-de-France region, the area classified as "orange", will remain mandatory during the peak hours "until at least the 22nd of June", so for any trip between 6: 30 and 9: 30 am and then between 16: 00 and 19: 00, said Mr. Djebbari. In regards to the accessibility to the metro "we have 62 metro stations are closed, this will certainly be a little less" in the near future, he said without giving precise figures. The government, however, continues to encourage strongly the use of telework.

see also - Valérie Pécresse: "The attestation employer will be checked at the entrance to the train stations"