Karolien has already half of her life in Crohn's disease: It was a tough time, but it was also a gift

Aalst, belgium Karolien Deman (34) from Aalst got on her seventeenth a diagnosis that would change her life: according to the doctors, she had Crohn's disease. Aalst, belgium Karolien Deman (34) from Aalst got on her seventeenth a diagnosis that would change her life: according to the doctors, she had Crohn's disease. A disease where there is no definite answer or solution exists. 17 years later she describes in the book " Auto-immune. From illness to insight what they all have to go through and overcame since diagnosis was determined. “The disease was a gift.”

Crohn's disease is a western disease and occurs almost exclusively in the rich West. The bowel disease is most prevalent in Northern Europe and North America, white people have the most chance to get them. Scientists point to genetic causes, but also excessive hygiene and stress in the West play a role. “The cause has not yet been able to find. Stress certainly plays a role, and we are in the West strong in. After seventeen years with the disease, I think that the way of thinking according to me plays a role: the will to succeed, earn money, fame, lack of self-love and feel that it is never good enough,” says Karolien Deman. “We do too much against our will.”

At seventeen, after five difficult years at the secondary school, was with her the diagnosis. “I had five years in fear lived. The trigger of the illness is this: my body felt the fear and moved in the counter-attack,” says Karolien. As a young girl, she knew not where they began, when the doctor the diagnosis ‘Crohn's disease’ uttered. “For the rest of my life? Not with me. I'm going to heal. So I thought in the beginning,” she says. Many years later, she has everything been with an autoimmune disease like Crohn's disease can experience. “Through surgery, they have 60 inches of intestine removed. When I asked whether it now would go better the answer was: the first six months you will really feel good, then it will probably start again. I was in shock, but the doctors were right. Every drug I have tried. Sometimes the situation is improving but there were side effects. So oppressed, a medicine Crohn's disease but I got psoriasis, another autoimmune disease, for in the place.” 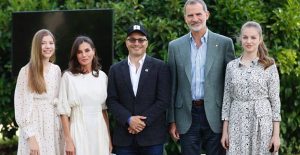 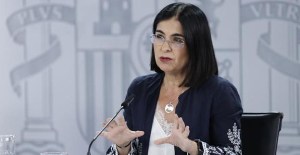 Health advancements a rise in those infected by the... 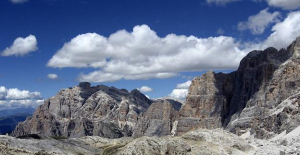 They discover a Spanish mountaineer missing in the...