I'm a stronger team player than most think

The Bavarian Prime Minister wants to be after his election to the CSU-in-chief of open for criticism. The mistake that the party in the asylum in dispute narrow The Bavarian Prime Minister wants to be after his election to the CSU-in-chief of open for criticism. The mistake that the party in the asylum in dispute narrowed down to just a theme, he does not want to make changes.

Markus Söder is not only the Bavarian Prime Minister, but since a few days also CSU chief. In his first newspaper he announces, to want to more criticism in the listen and learn every day to do this interview at the party headquarters. "I'm a stronger team player than most people think," he says of the süddeutsche Zeitung.

to set up the CSU thematically wider, he calls Manfred Weber, the top candidate for the European elections, as well as development aid Minister Gerd Müller. Both are expected to play a greater role. Even on demand, it avoids, however, the name of Karl-Theodor zu Guttenberg. Him, he wants to don't want to integrate, in order to sharpen the foreign policy profile of the CSU. The CSU is placed in the "in the Moment".

in Spite of personal renewal in the party's top Söder, the CSU still has a long way to find. "A change of personnel alone is not enough. There is a lengthy reform process will be necessary."

Clear criticism he practices, looking back at the course of his party that he had supported in the past summer. The CSU should accept not narrow to a single topic, such as asylum, but to "all of society's challenges". 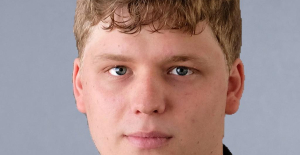