Generous: But Frederik had a secret

the COPENHAGEN city COURT (Ekstra Bladet): Frederik Hansen was very generous and helpful, and everyone liked him. Family and friends think he was a 'super cute the COPENHAGEN city COURT (Ekstra Bladet): Frederik Hansen was very generous and helpful, and everyone liked him. Family and friends think he was a 'super cute guy'.

How to describe the 41-year-old man of the women he is exposed to the risk of fraud. The 41-year-old Frederik Hansen is accused of 158 cases of fraud and forgery against seven different women.

He acknowledges virtually all of the facts, but denies the theft, for which he is accused.

See also: Kærlighedssvindler: - I live in a parallel reality

the Woman has not seen Frederik Hansen in the eyes, since she found out that he has recorded a series of loans in her name. It is three and a half years ago.

she was also not an opportunity today, though he sat only two metres from her. During her entire testimony removed Frederik Hansen not looking from the papers that lay on the table in front of him.


Like many of the other women that Frederik Hansen has cheated, she was spoiled with gifts regularly.

– It could be a piece of jewelry, or a pot. It was not things I asked for, she told in court.

He was in no way stingy and invited the woman and her family on trips to Paris and Singapore, which he told was paid for with bonus points with SAS, which he had earned through the previous journeys, she explained.

But behind Frederik Hansen's generosity lurked a secret.

For what the woman did not know, was that all of the things Frederik Hansen gave her and the trips they were together, everything was paid for with loans in her name using her NemID.

– He was very generous and helpful. He was a good cook, and he also helped my son very much.

Frederik Hansen met all her family and friends, who all seem really good about him. Every time she would meet his, there was something in the way.

14 days before the woman found out what Frederick had done to her she discovered that he had made an extra key to her apartment.

I came home from work and saw that there sat a foreign key in the door. It was Not my key or my son's, so he had then made a copy of my key, she told.

He said it was a surprise that he had done it for me. For that delight me. It pleased me not. I trusted him. But he had not been allowed to make the key.

Subsequently, she found out that he took copies of both the key card and passport, which most likely happened during the hours he has been home alone in her apartment.

the Woman is still fighting with creditors the in the day three years after, but her insurance has taken care of large parts of the complex case.

– I have a full-time job and is a single mother, so I could not have cared for my job at the same time, if I had to make sure everything here.

– There have been many sleepless nights.

Extra Magazine follows the case today, where the delivery order of guilt. 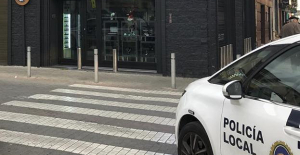 Arrest a man in Armilla for allegedly committing a... 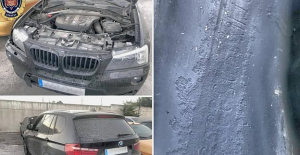 After finding the luxury car in an accident, Armilla... 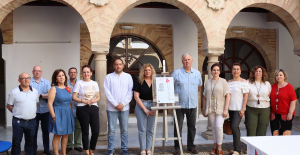