Fired Danish top executive in Swedbank will get 15 million dollars

The fired Danish ceo of Swedbank, Birgitte Bonnesen, get 15 million Danish kroner in severance, after she Thursday lost the job as director. the Bank reported The fired Danish ceo of Swedbank, Birgitte Bonnesen, get 15 million Danish kroner in severance, after she Thursday lost the job as director.

the Bank reported Thursday that it has come under "enormous pressure", since the Swedish media is starting to write stories about possible money laundering at the bank.

Transactions in the bank from the "high risk customers" up to 135 billion euros is now in the spotlight. As a result of the "development" fired the bank is its director - Danish Birgitte Bonnesen.

The fyreseddel comes, however, with a reimbursement of about 21 million Swedish crowns - which corresponds to 15 million Danish kroner.

Birgitte Bonnesen has been fired. The ride home from the Swedish bank, however, is not with empty pockets. Photo: Anna Simonsson

the Bank has on Thursday had a dramatic morning. Prior to the sacking of Birgitte Bonnesen, all trade with the bank's share set on the Swedish stock exchange in Stockholm.

Also Thursday, kept the general meeting of bank's shareholders. Until it is over, will the bank's remaining leadership did not speak out. The deal with the share will not be resumed before then.

Prior to the annual general meeting of the bank's major shareholders AMF declared himself dissatisfied with the handling from the bank's management.

He heralds that the AMF will look at whether there is a need for additional "change or gain" in the bank's management.

Danish Birgitte Bonnesen has been working in Swedbank since 1987. She had several different chefposter, before she became ceo in 2016.

Her predecessor, Michael Wolf, ended his time in Swedbank in a dramatic way. He was fired when the bank was involved in a case concerning the unlawful disclosure of inside information. He was later acquitted.

She was from 2017 to 2018, the femtehøjest paid among the Swedish listed companies, according to the newspaper Svenska Dagbladet. Her compensation for the dismissal calculated as 75 percent of 24 months salary. 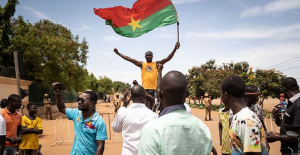 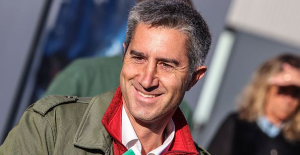 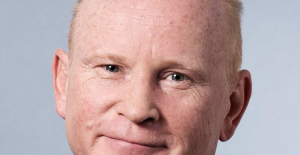