Drunk stole the car and ended up in husmur

It went very wrong for a young man who on the night of Friday left a party in Risskov, Aarhus. The 18-year-old man decided to steal a car, which stood parked 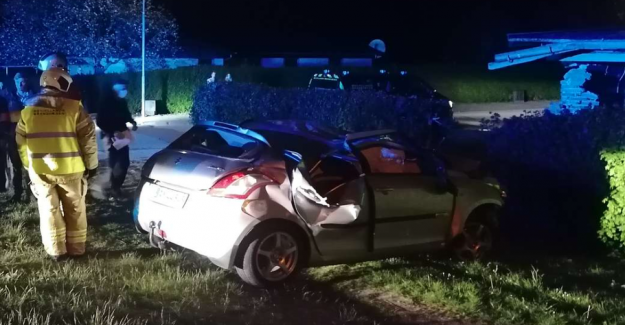 It went very wrong for a young man who on the night of Friday left a party in Risskov, Aarhus.

The 18-year-old man decided to steal a car, which stood parked by the house where the party was held.

Although the 18-year-olds had driver's license and according to police, both were under the influence of alcohol and drugs, brought him in he of place in the stolen car. Far, he came not, however. In a bend in the Sveavej in Risskov, bumping into a husmur and smashed both the car and the wall.

According to police, there was no one at home in the house.

After the violent clashes climbed the 18-year-old out of the car and tried to get away from the site.

A witness got hold of him and ensured that he was on the site until the police came forward, informs vagtchefen by east Jutland Police.

The young man got off with some less unscathed. He is now being charged with alcohol - narkokørsel, driving without a license and theft of the car.

in addition there is probably a bigger bill for the damage to house and vehicle.