- Tuesday, 19. november 2019, I was involved in a traffic accident on Blegdamsvej in Copenhagen. I came running along the Street in the direction towards th 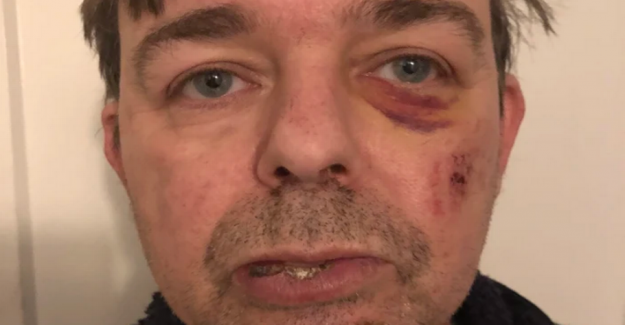 - Tuesday, 19. november 2019, I was involved in a traffic accident on Blegdamsvej in Copenhagen.

I came running along the Street in the direction towards the Panuminstituttet.

- I am having a (30) moped. I'm running on the bike path in accordance with traffic laws. Since I am out of entry/exit to the university hospital, cross the counterparty (car) the bike path immediately in front of me.

- I get a shock and make instinctively a subterfuge to avoid the collision with the counterparty, but my moped is advancing out, and I fall down on the left side.

so begins Jacob D. a complaint against the police, which, in his opinion, has not done enough to investigate the accident. As you can read below, so there was a friendly woman who helped Jacob - but the police have not done anything to find her. Jacob hope, therefore, that the woman reads this and takes contact to him. His complaint, which the district attorney has declined, continues namely as follows:

- When I lie on the ground, comes a woman to to help. She calls for an ambulance.

- She is calling also for Dentistry and cancels an agreement, I had the same place at noon.10, since I am not able to even to call.

- I do not speak with anyone other than the woman and subsequently ambulanceredderen.

- When I lie on the ground, telling the woman to me that 'he is busy, he does not have the time to wait, he now runs'.

- So I never get spoken with the opposing party and do not know his identity, writes Jakob, who think that it should be a relatively simple matter for the police to find the woman who can testify to his advantage. He has, in fact, had the cost of a new crash helmet and clothing, plus the repair of the moped. And been on sick leave for 45 days.

- You know there was made a call to Dentistry, which I subsequently have been confirmed.

- You know the content of the conversation (cancellation of agreement - in my name - traffic accident).

- You have a witness that it is possible to identify.

- I think it must be significant to establish the truth about what happened, to lead the witness so that justice may be done, " continues Jacob, who got it here answer from the attorney general:

If you are the woman who helped Jacob, you should very much like to write to this mail.

And if you have an opinion about police a way to investigate the matter on, you should very much write a comment.