Covid-19: the region of Île-de-France vote a stimulus package of 1.3 billion euros

The regional council of Ile-de-France, met for the first time in the new hemicycle of its headquarters in Saint-Ouen (Seine-Saint-Denis), but a handful of emplo 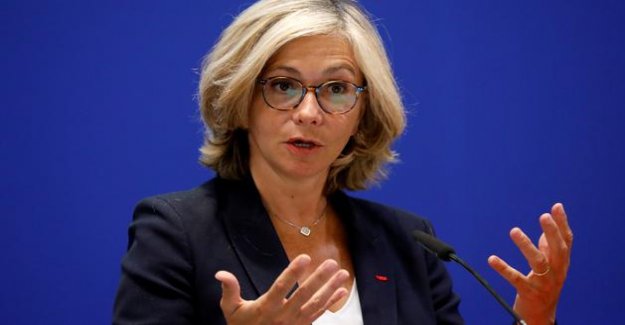 The regional council of Ile-de-France, met for the first time in the new hemicycle of its headquarters in Saint-Ouen (Seine-Saint-Denis), but a handful of employees, has voted Thursday for a plan of 1.3 billion euros to boost the economy francilienne post-Covid-19, found the AFP.

read also : Recovery: specific plans for the sectors most penalised

This plan is funded by 689 million euros for the redeployment of appropriations and 592 million of additional credits. In total, 640 million euros should be dedicated to business support and innovation, 230 million to the fight against unemployment and the return to employment, 190 million in purchasing power, health, solidarity and, finally, 238 million to the recovery and ecological transport.

A plan to boost infrastructure in the autumn

The majority (LRI, UDI, Modem) welcomed the "supplementary budget" which "will allow the region to have a role of tutor and companion" (IDU), and "shock crisis," (LRI). Conversely, the opposition has complained about the "measures skimpy on the level of employment" and "an appointment missed with the ile-de-france (the Entire Ile-de-France), as well as a "huge mess that increases the debt without anything to correct the mistakes of the past" (Alternative ecologists and social), or even "a lost opportunity", which "does not use the crisis to break with the "as before" (left Front). This plan should be completed in the fall by a recovery plan infrastructure île-de-france, in particular in the transport sector.

The groups have voted unanimously for an amendment of the executive to appoint the president of that Region for that it calls upon the government "to provide full compensation of the loss of tax revenues and passengers of the Ile-de-France Mobility related to the epidemic of Covid-19 for the year 2020 and a mechanism of compensation for the year 2021". Previously, the region had adopted its administrative account 2019. "We would never have been able to present a recovery plan without the margins of manoeuvre clear for 4 years by the executive", said Valérie Pécresse.

The majority has welcomed the "level of investment record" of 2.2 billion euros, and a "stock-of-debt-a decrease of 5%". But the opposition has denounced "a term lost to the ile-de-france and a decline of public action" (such as Environmentalists and progressives) are, in particular on the housing, the policy of the city, the social and the health. For the RN this administrative account "testifies to the distance that is growing between an administration autosatisfaite and a population appalled".

see also - Valérie Pécresse: without help from the State, the Navigo Pass is expected to increase by 20 euro per month