A vennetjeneste on Monday in the Court in Horsens cost a 29-year-old man expensive. In court confessed that he drove a box with 11 kilos of cocaine from Bræds A vennetjeneste on Monday in the Court in Horsens cost a 29-year-old man expensive.

In court confessed that he drove a box with 11 kilos of cocaine from Brædstrup to Hedensted west of Horsens. A stretch of 30 km.

the Court gave a sentence of eight years in prison.

Lars Blaabjerg explained that his friend Max had asked him to retrieve the box in Brædstrup and deliver it at the country house in Massachusetts. Subsequently, he had to run to Hirtshals in order to check whether there were police or customs checks at the ferry to Norway.

He said in court that he was aware that the package probably contained something illegal, but he had in no way expected, that there was talk about drugs. He thought that there could be talk about money, says senior prosecutor Lars Petersen.

On the way from Brædstrup to Hedensted drove Lars Blaabjerg past his home in the Drying. Here he opened the package and could see that there was talk about drugs. However, he was not aware that it was cocaine.

According to his explanation got Lars Blaabjerg not charge to run the 11 kilos of cocaine, the about 30 kilometers. He just made his old friend Max a service.

In april, Max Vollmer Nielsen sentenced to 13 years in prison for store 25 kilos of cocaine at the country estate of Massachusetts, where he had rented a long. He also confessed to his role in the case.

SEV, initiated the investigation into last fall, and the 15. January they beat in a coordinated action with the Norwegian police. Here were the two men arrested in Denmark, while a 50-year-old man was arrested in Norway.

The two Danish men is, however, only a small fish in a much larger narkosag as the Norwegian police have dismantled.

In a long-term investigation under the code name 'Operation Hubris' is more than 50 people have been arrested since 2018. They have been charged with both marijuana, amphetamines, MDMA, heroin and cocaine, reported Norwegian police in January.

Lars Blaabjerg is now considering whether he will appeal against the length of his sentence to the Vestre Landsret. 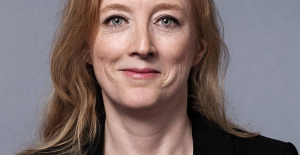 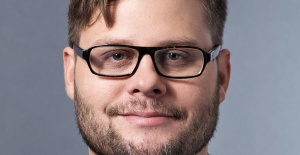 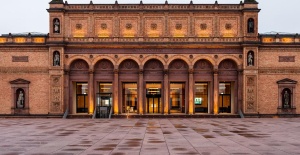