Coronavirus: the ECB excludes a rapid rebound of the economy 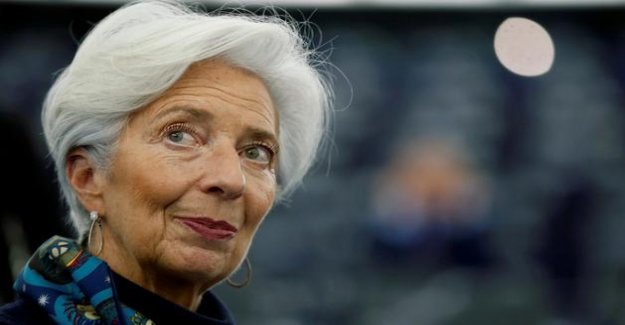 The board of governors of the european central Bank, at its meeting in late April, aside already the scenario of a rapid recovery of the european economy after the end of the confinement, according to the report published on Thursday.

A rebound in said "V", which would follow quickly the downward spiral in the economic caused by the pandemic coronavirus, "can certainly already be excluded", indicate the "minutes" of this meeting. "If the consumer does return, not the trust promptly after the end of the confinement, there is a risk that the demand is still suffering", have noted the central bankers.

A curve in a "V" would imply economic damage limited, thanks to the partial unemployment compensation and to the accumulation of savings for a rapid recovery of the consumption. But as the crisis drags on, its effects on employment depress to turn the request, at the risk of a prolonged recession. The ECB is said to be "ready" to further strengthen its arsenal of anti-crisis.

Its president, Christine Lagarde, explained that the institution was expecting a decline of 5% to 12%" of gross domestic Product in the euro area this year, a margin reflecting the "great uncertainty" around the economic damage caused by the pandemic.

During the meeting, the governors "are generally granted" on the advice "of the three scenarios presented, the one providing for a low-impact was probably already too optimistic", according to the report. On the bottom of a recession on an unprecedented scale in Europe, "it is clear" that the macroeconomic projections presented at the meeting of June 4 "will be significantly revised downwards compared to those of march", are considered the central bankers.

read also : For all the economists, the worst is ahead of us...

Rather than "V", more and more economists are now forecasting a recovery in the "U", with a low growth for a few months and a recovery that would take a long time to draw, penalized by areas durably affected, such as tourism or businesses.

Prediction self-fulfilling when it is announced in the press and on the tv shows that businesses will go bankrupt in the fall and hundreds of thousands of employees, traders, self-employed are unemployed or without a job. The natural fear of the next day predominates among those who have mortgages to pay, rents, consumer loans, studies to pay, and it is normal that they try to put aside money in anticipation of hard knocks. Rush today in stores has no meaning except for purchases indispensable. It would be necessary to find the right words to give confidence to the French that we will manage to get out of this health crisis and do not blame those who have been put on partial unemployment (8.6 million actual) to 84% of their net salary excluding bonuses. They have already lost purchasing power, unlike civil servants ( and special schemes are concerned?).

Why there are those who have provided for a rapid bounce-back ?! This is the famous recovery U W V or L. The stock Exchange believes from the beginning to a recovery in the V. It is like the actors of the real estate which believe to a price increase.