Citizens would not have to use my passport photo: Forced to pay 145 kr

Hello. - In Jammerbugt municipality (Åbybro) in the citizen service was my and a colleague's passport photo rejected on the grounds that there was too much n - In Jammerbugt municipality (Åbybro) in the citizen service was my and a colleague's passport photo rejected on the grounds that there was too much noise in the picture (several other coworkers have experienced the same).

- They would not clean their scanner so they could scan my otherwise ok image.

- the Images are taken by a prof. photographer and printed on photo paper.

so begins the Ole K (it is not his real name, but the nation! know who he is), in a letter to Ekstra Bladet, on the strange treatment he got when he midtten of may, should have renewed his passport. Ole thought he had done the right thing as he had brought his own photo, but then no. The municipality rejected it:

They offered to take the photo with their equipment for an additional 145kr.

- They apologised for the high price they may not be the competitor of the photo shops.

- It reeks of being a cash cow, writes Ole K, which is not the first who writes to the media about the local photo-policy. Anni - which has a fine functioning digital camera was f.ex. sent home ádskillige times, when she should have renewed themselves driving license for 3 years ago. And when she had to have it renewed again recently, she was also rejected. In the first place.

- But I asked them to send the check anyway and lo and behold if it was not approved, says Anni today in the phone to the nation!

the nation! have asked Jammerbugt Municipality answer, 1. when is the scanner last been cleaned, 2.how many passports were issued in 2017 – and how many of them, who were allowed to use their own photo. And the answer has one of the municipality's attorneys nedtop submitted:

On the basis of your inquiry, Jammerbugt Municipality include the following:

Jammerbugt Municipality has decided to provide the possibility for photography to be available for the citizens (about 115 cm), which should have issued the passport.

- It is correct that the price is set so that there is no risk of competition with the operators, through the information obtained from the web, we can see that the price is in line with several other municipalities.

Jammerbugt Municipality does not serve on these passport photos, because the money goes to the energy efficiency criteria of the photo equipment.

- At the time of approval of, on quality of a photo is useful, it is the scanner and the underlying technique, decide the question.

- Fotoskanner and record fingerprint is self-cleaning, and will not be treated or cleaned.

- We will experience not many complaints about the photo rules, writes the jurist from Jammerbugt, but what are you thinking? 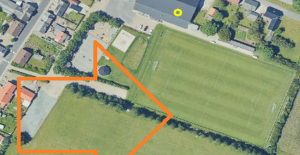