It quickly goes up in showbiz. And down. At the weekend won the Alma Agger 'X Factor' in front of the 757.000 viewers, but Monday was her vindersang, 'The It quickly goes up in showbiz. And down.

It stretched out to an unflattering 111. space on the popular streamingtjenestes updated daily top 200.

'The Last Dance', which appeared during the finale on Saturday night, debuted on the list 54. space on Sunday, and dropped the whole 57 seats in just a day.

See also: Hideously: Winner of 'the X Factor' in the megaflop

For comparison, did last year's otherwise maligned winner, Kristian Kjærlund, better. His vindersang, 'Lost & Profound', peakede as number 45 on the day after the final.


Kristian Kjærlunds number reached, however, never entered the top 40 of the official singles chart, which counts both the streaming and sale, and with so bad a performance on Spotify, it is unlikely that Alma Agger hit the charts, when it will be published on Wednesday 4. June.

Vindersangene by Kristian Kjærlund and Morten Nørgaard, who sejerede in 2017, is the so far only in Danish 'X Factor'history, has not obtained a ranking in the top 40. Eight of the 12 previous winners have even ended up in the top 10, and six songs have gone right to the top.

Alma Agger is doing, however, is significantly better on Spotify than the other participants in this year's finals.

Emil Wismanns 'Suicide on the dance floor' went in at number 96 on Sunday, where Mathilde Caffeys 'Karma is a Bitch' had to settle for a 198. space. Both were out of top 200, as Monday's streams were determined.

As part of the Alma Aggers first prize of the sounds she an ep on Sony. 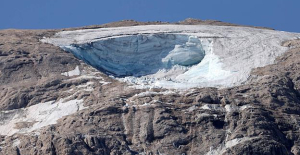