80 years after their incorporation by force into the Wehrmacht, the memory of the "despite us" revived

The 66-year-old pensioner from Haut-Rhin identified in the 198 volumes and 56,000 pages of registers of missing persons compiled after the war by the German Red Cross the black and white portraits of all those bearing the mention "E". 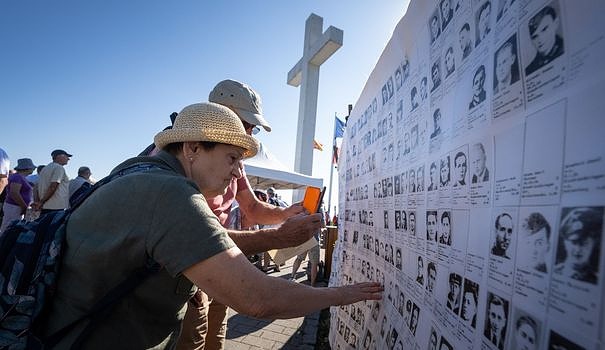 The 66-year-old pensioner from Haut-Rhin identified in the 198 volumes and 56,000 pages of registers of missing persons compiled after the war by the German Red Cross the black and white portraits of all those bearing the mention "E". An "E" for Elsaß-Lothringen, Alsace-Lorraine in German.

"The real number of missing people is more around 10,000", he specifies, the burial of some having been located after the fact and some having finally been found.

“We can see that they are sulking”, continues Mr. Herold, showing the frozen faces of these young men born between 1908 and 1928, whose eyes fix the objective after being forced to put on the uniform of the Wehrmacht or to integrate, for some, the Waffen SS.

On August 25, 1942, an ordinance imposed on the Alsatians (August 29 for the Moselle) to fight for Germany, often sending these men to the Russian front, the deadliest.

Before the 80th anniversary of this "rape of conscience", four associations of "despite us" and their descendants had a 36-meter-long banner printed with the faces of the disappeared listed by Mr. Herold and briefly exposed it to mid-August in Turckheim, near Colmar.

"I received more than 150 emails and calls, many families want to see the banner and learn more about a father, a cousin," says the pensioner, whose three uncles died in German uniform.

In Obernai, facing Mont Sainte-Odile, patron saint of Alsace, part of the banner was unfurled on August 25, during a commemoration organized by the Association of Escapees and Forced Incorporated (ADEIF) , which itself financed in the 1950s the large white cross facing east which dominates the city.

Roger Keck, 78, leans over the banner to photograph the face of his uncle, Alphonse Hartheiser, who had amputated a finger in an attempt to escape drafting in late 1944. "His family did not had no news overnight, it is assumed that he was shot, without trial, and that the Germans did not boast about it".

“They were kids, some were only 16-17 years old”, is moved by Gérard Michel, president of the association of Orphans of fathers despite us in Alsace-Moselle (OPMNAM), whose own father has died in Poland.

"It's the wall of names that we have always wanted, in addition it is mobile", he savors in an allusion to an aborted project in 2017 of the Grand Est region aimed at honoring the memory of the 52,000 Alsatians and Moselle people who died during the Second World War.

The prospect of seeing in alphabetical order and on the same monument the names of civilian victims, including deported Jews and "despite us", among whom some may have participated in war crimes, had sparked a lively memorial controversy.

If no state representative made the trip to Obernai on Thursday, the president of the European Community of Alsace (CEA), which since 2021 has brought together the departmental councils of Bas-Rhin and Haut-Rhin, had called in early August to honor the memory of the "tragic destiny of these Alsatians who sacrificed themselves for the love of their family".

"It is a regional memory which unfortunately is not shared by the national memory, and therefore it questions how could they not have saved themselves? Disobey? Without realizing the terror that reigned in Alsace", analyzes the law professor Jean-Laurent Vonau, author of annexed Alsace, 1940-1945 (editions of the Sign).

Without denying the existence of approximately 2,100 volunteers who served the Nazi regime of their own free will before the incorporation of forces, he believes that "the matter is settled for France" since Nicolas Sarkozy affirmed in 2010 that "the in spite of ourselves were not traitors".

"People should know better what the eastern provinces have been through", annoys Aloyse Kieffer, 94 years old today, mobilized when he was 15. Even if this retired priest, who will end up war prisoner in Yugoslavia, admits that for him even the taboo did not break until a long time after the war: "I never told my parents what had happened to me, we kept it quiet. He was only not good to remember all that". 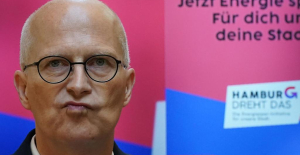 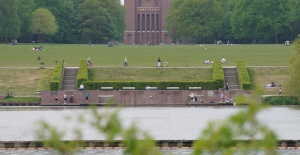 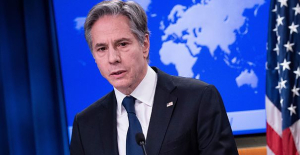