A fire started by prisoners in a riot at the Tulua prison in Colombia has resulted in at least 51 deaths and 30 injuries. 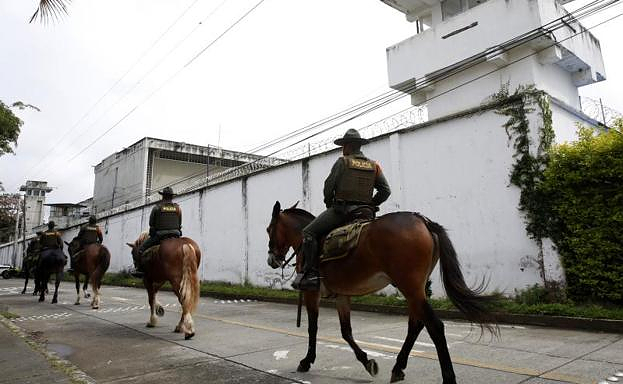 A fire started by prisoners in a riot at the Tulua prison in Colombia has resulted in at least 51 deaths and 30 injuries. This tragedy happened this morning, when the Police arrived at the prison cell to stop a fight between prisoners. It was initially thought they were plotting to escape. General Tito Castellanos, the director of the National Penitentiary and Prison Institute said that the other inmates set the mattresses on fire in order to stop the agents from getting through and "cover up" the situation.

The flames reached a terrifying height, igniting dense smoke that spread along the corridor and trapping the mutineers. The prison holds 17% more prisoners than its total capacity. The heat and smoke afflicted 180 detainees who were in medium-security ward. The "majority" of the deaths were actually due to gas inhalation. While they waited for firefighters to arrive, the agents had to use fire extinguishers. Officials evacuated many prisoners during the fire. Castellanos said that in another case, the outcome would have been even worse than the current situation. He described the incident as a "great tragic event." Many of the victims died in their dungeons.

The general lamented that there was "unfortunately a riot at pavilion number eight of Tulua prison with an unfortunate outcome." He said that the inmates didn't "measure the potential consequences" by setting fire to the mats. All of the injured were transferred to local hospitals. Several are in critical condition. Six of the six are police officers who assisted in the evacuation. Many relatives of the prisoners were forced to gather at the prison gates after the fire. They experienced panic and anguish as they didn't know what was happening inside. To prevent anyone entering the prison, the Police set up a security perimeter.

Ivan Duque, still Colombia's president, expressed solidarity with the victims' families from Portugal. He also reported that he had given the "appropriate instructions to investigate and clarify this horrible situation." Gustavo Petro (leftist) has stated on social media that the incident requires a complete rethinking prison policy to ensure the humanization and dignity of prisoners. His program focuses on improving the living conditions of prisoners, as Colombia has a grave problem with overcrowding. The prison population has almost 98,000 prisoners. This is due to poor budget management and poor government management over the years. Experts warn of the rise in mafias, as well as intramural violence.

‹ ›
Keywords:
IncendioCausadoMotinDejaMuertosPrisionColombia
Your comment has been forwarded to the administrator for approval.×
Warning! Will constitute a criminal offense, illegal, threatening, offensive, insulting and swearing, derogatory, defamatory, vulgar, pornographic, indecent, personality rights, damaging or similar nature in the nature of all kinds of financial content, legal, criminal and administrative responsibility for the content of the sender member / members are belong.
Related News