5 gardens where to enjoy a breath of fresh air in Paris ? 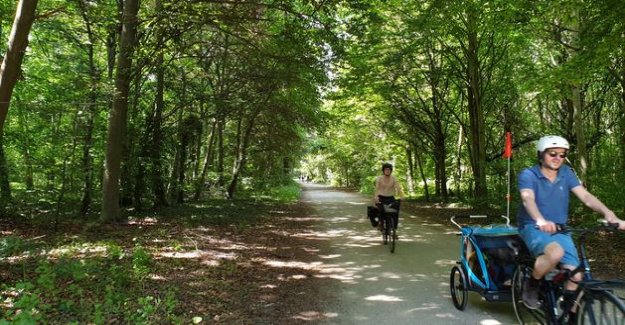 Towards the east of paris for the 2nd largest wood in the capital (after the Bois de Vincennes) : the Bois de Boulogne. Walk, bike, scooter or other device to walk, the space belongs here, who wants to fully enjoy the nature. This former hunting ground of the kings of France and spreads over 850 acres and is composed primarily of oaks. Little bridge, islands, a waterfall, one can easily understand that such a setting has inspired many of the impressionists of the XIX th century and we cannot advise you to go there with a big sheet, of you lie down and breathe with lungs made : the forest has the virtues of serenity, as we appreciate even more now. Try it !

It is the largest wooded park in Paris with its 1000 hectares, and its green spaces will make you the happiest in the world ! Recall that the access to the Wood of Vincennes had been banned last march 31, but since may 11, the lawns are (sometimes tall grass) welcome all the nature lovers. Encompassing the 12th arrondissement of Paris, it extends up to the Marne. While the birds are singing loudly, the children are chirping impatiently for a picnic with the family, brunch or sample previously prepared. Here, the greenery is synonymous with healing. Ideal for a nap in the open air at the edge of the forest, or even a ride to take advantage of the 4 lakes of the woods, through paths and roads built.

As the parisians were pleased to see down the barriers around this space as green as the envy of the world ! While the joggers share the aisles with strollers, families are also many from last week have resumed the path of their ride favorite at the foot of the Eiffel Tower, running back to their cherubim out with their push-along or their scooter. On the benches, at a reasonable distance, follow the elderly, conservative, lover numb or teen addicted to selfies. The animations have also taken over the service : go-karts have never done many miles, at the time, the carousel rotates steadily, and the ponies are (probably) happy to be back with their young riders.

The field of Mars is again accessible to the walk A. Sollier The park of Courneuve

Also named parc Georges-Valbon, it is located in Seine-Saint-Denis, in the suburbs of the capital. Each year, this is the place which hosts the festival of Humanity. A little more than 400 hectares are available to the walkers who stroll through 7 bodies of water and a rose garden beautiful. A paradise to enjoy the nature, far away and so close to the times of city life. Although many playgrounds have been designed for children and animations (such as pedal boats, or rides in horse-drawn carriages) put in place for the animation of the park, visitors will enjoy the hiking paths in a first time. The opportunity to take time out and enjoy the sunny days outside.

the road on The shore

The banks of the right bank of the river Seine offer a new piétonnisation to the parisians. Everything is arranged for, in the heart of the city, walkers can enjoy a semblance of fresh air. No car moves, and these platforms allow for escape and contemplation of the Seine and of some parisian monuments. Since 2016, 1.5 million has graced the shores of these banks. Each summer, they are also the theatre of a gentle summer, of which the parisians are fond of. Deck chairs lined up, small bungalows and beautiful palm trees are the decor. The mayor of Paris has also informed last week that the edition 2020 of-Paris-Plage would be taking place in July and August next.

the road on The riverbank, attracting many walkers S. Soriano / Le FigaroLa writing you conseilleWeek-end green : 10 ideas for walks in the Ile-de-France for the ParisiensLes 5 snacks to try in Paris at the time of the déconfinementSujetsEspaces vertsforêtnaturebaladeparis6 commentairesResNonVerbale 28/05/2020 18:29

don't come in the wood

For info the bois de Boulogne is to the west of Paris...

The Bois de Boulogne in Paris? a
re-Read-you...