This Monday, the Russian oil price cap is due to come into effect. 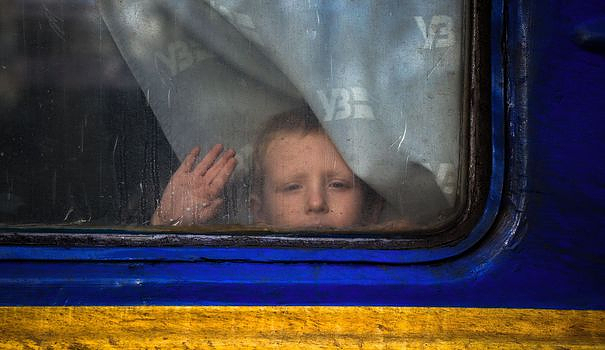 This Monday, the Russian oil price cap is due to come into effect. It aims to restrict Russia's revenue while ensuring it continues to supply the global market. Objective for the EU: to dry up a source of funding from Moscow for the war in Ukraine. A first salvo of measures which should be followed on February 5, 2023 by new sanctions, this time on transformed petroleum products, in particular diesel.

In addition, while the sale of arms and services for the military sector increased in 2021, it is however affected by supply problems linked to the pandemic and the war in Ukraine which should both amplify these difficulties and stimulate demand, according to a new report released on Monday.

From Monday, not a drop of black gold from Russia will be allowed on European soil by sea. The OPEC countries maintained the status quo on Sunday on the production quotas decided in October. The activation of a cap coincides with the entry into force of an EU embargo on Russian oil transported by sea, several months after the embargo already imposed by the United States and Canada. However, Russia is the world's second largest exporter of crude and, without this ceiling, it would be easy for it to find new buyers at market prices.

The mechanism adopted therefore provides that only oil sold at a price equal to or lower than 60 dollars per barrel can continue to be delivered, and that beyond that, it will be prohibited for companies based in EU countries, G7 and Australia to provide services enabling maritime transport (trading, freight, insurance, shipowners, etc.). In fact, the G7 countries provide insurance services for 90% of global cargoes and the EU is a major player in maritime freight. Hence their ability to pass this cap on the oil delivered to the majority of Russia's customers around the world, a credible deterrent. A transition is planned (the cap will not apply to cargoes loaded before December 5) and an additional cap on petroleum products will take place on February 5.

According to the Ukrainian Prosecutor General's Office, 443 children have been killed and 851 seriously injured as a result of the war in Ukraine. “These figures are not definitive, because work is in progress to establish them in places of active hostilities, in the territories temporarily occupied and liberated”, he indicates on the Telegram messaging service.

The most affected children were in Donetsk Oblast (424), Kharkiv Oblast (267) and Kyiv Oblast (117). In total, according to the Ukrainian authorities, 2719 educational institutions were damaged by shelling and shelling by the Armed Forces of Russia, of which 332 were completely destroyed.

The EU proposed last week to work towards the establishment of a UN-backed "special tribunal" to prosecute Russian crimes of aggression, one of the most concrete steps to date towards setting up of such jurisdiction. This would circumvent the fact that the International Criminal Court (ICC) only has jurisdiction over war crimes and crimes against humanity committed in Ukraine and not Russian crimes of aggression. However, serious questions remain as to the feasibility and legitimacy of such a jurisdiction.

The very establishment of the tribunal would require the mobilization of global support to prosecute a war waged in Europe, a primary source of challenges. "They are not insurmountable, but will take effort," said Oona Hathaway, a professor of international law at Yale University. This will depend "on the political will of those involved", she added. A major challenge would also be the arrest of suspects, the crime of aggression being limited to Russia's most senior officials. Moscow claimed in response to the EU appeal that it would not recognize the tribunal, and that it would have "no legitimacy".

The International Criminal Court is investigating suspected war crimes and crimes against humanity in Ukraine, with kyiv having accepted its jurisdiction, but it does not have jurisdiction over crimes of aggression committed by countries that have not ratified the Rome Statute establishing the court, like Russia. The establishment of a special court would thus make it possible to circumvent this obstacle.

According to the report by the Stockholm International Peace Research Institute (SIPRI), the 100 largest arms companies sold weapons and services to the military sector for a total of 592 billion dollars (about 562 billion euros) in 2021, an increase of 1.9% compared to 2020. This growth was however severely affected by widespread problems in the supply chain. "The lasting impact of the pandemic is really starting to show in arms companies," Nan Tian, ​​a researcher at SIPRI and co-author of the report, told AFP. Problems in terms of labor shortages and the supply of raw materials have "slowed down the ability of companies to produce weapons systems and deliver them on time".

Supply problems are expected to worsen with the war in Ukraine, in particular "because Russia is a major supplier of raw materials used in the production of weapons", according to the authors of the report, but also because this conflict has led to an increase in demand. Industry experts therefore predict "slower" than expected growth, which depends both on the need for countries that have helped Ukraine with weapons to replenish their stockpiles and on the worsening security environment, meaning that " countries seek to procure more weapons".

"I am absolutely convinced that there is no diplomatic solution with the Putin regime, as long as it is still there", declared in Hamburg Irina Chtcherbakova, who left Russia after the invasion of Ukraine by Russian forces and currently resides in Germany. For the co-founder of the Russian human rights NGO Memorial, dissolved by the authorities and winner of the 2022 Nobel Peace Prize, "the solution that presents itself now is a military solution", even if later, the diplomacy can play a role in conflict resolution. "But these decisions, this diplomacy can only take place when Ukraine feels that it has won the war and can put an end to it," she said.

According to the Russian activist, premature calls for peace are "childish". "Nothing will ever be the same again," she said. She was in Hamburg to receive the Marion Doenhoff Prize, awarded by German Chancellor Olaf Scholz. Ms. Shcherbakova's efforts show the way to a "better future for Russia", even if this prospect "still seems implausible", declared the chancellor.