33 families from Quesada, Cazorla and Peal de Becerro have improved accessibility to their homes by receiving assistance from the Board

33 families in Cazorla and Quesada, as well as Peal de Becerro, have received aid from the Ministry of Development and Housing through the Basic Functional Adaptation Program. 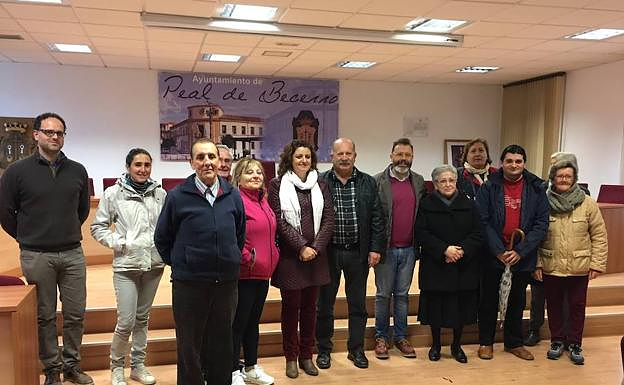 33 families in Cazorla and Quesada, as well as Peal de Becerro, have received aid from the Ministry of Development and Housing through the Basic Functional Adaptation Program. This program aims to improve the accessibility of homes and their interiors. This subsidy program is available to families that have elderly members or people with disabilities.

Rafael Valdivielso was the territorial delegate for Development and Housing. He explained that the program will help improve 33 families' homes in the Alto Guadalquivir area. Ten of these families correspond to Quesada and eight are in Peal de Becerro with 10,000 euros and six are in Cazorla with 7,933 euro. Valdivielso stated that the program is part of the Andalusian Rehabilitation and Housing Plan 2016-2020. He explained that it has a "very important component, both in terms of its social impact as well as the benefits it entails to the people who live there, as well its ability to create employment and stimulate the construction industry sector."

The Andalusian Government's program promotes modernizations such as adaptations to the electrical and gas installations, widening of doors, handrails in corridors, or reforms of bathrooms, including the modification of flooring and taps. The delegate stated that these actions would allow for an adaptable housing system that meets the needs of each user.

The eligible budget cannot exceed 70%. This will include the cost of the work as well as any fees, permits, licenses or other expenses. All of these have a maximum of 2,000 euros to calculate the subsidy. If expenses for technical assistance become mandatory (when the City Council requests a technical document or project signed by a technician in order to grant the license), this may result in an increase of the eligible budget up to 600 euros.

The Junta de Andalucia has included the Basic Functional Adaptation Program in its aid package for Andalusian families.

The 2017 call was conducted in a competitive concurrence system, so the subsidy was awarded to families that, according to the criteria, were in greatest need.

According to the delegate, this program will allow 279 families to make their homes safer and more accessible. This has resulted in a total investment of 354,794 Euros by the Board. In addition, he highlighted that the quality of life for 9,765 families from Jaen province has improved in the time period 2005-2017 after an investment of over 11.7 million euro.

‹ ›
Keywords:
ViviendaAyudasQuesadaCazorlaJuntaFamiliasTotalPealBecerroMejoranAccesibilidad
Your comment has been forwarded to the administrator for approval.×
Warning! Will constitute a criminal offense, illegal, threatening, offensive, insulting and swearing, derogatory, defamatory, vulgar, pornographic, indecent, personality rights, damaging or similar nature in the nature of all kinds of financial content, legal, criminal and administrative responsibility for the content of the sender member / members are belong.
Related News