In the fight against gang crime in El Salvador, around 2,000 soldiers and police officers have surrounded two quarters of the capital, San Salvador. 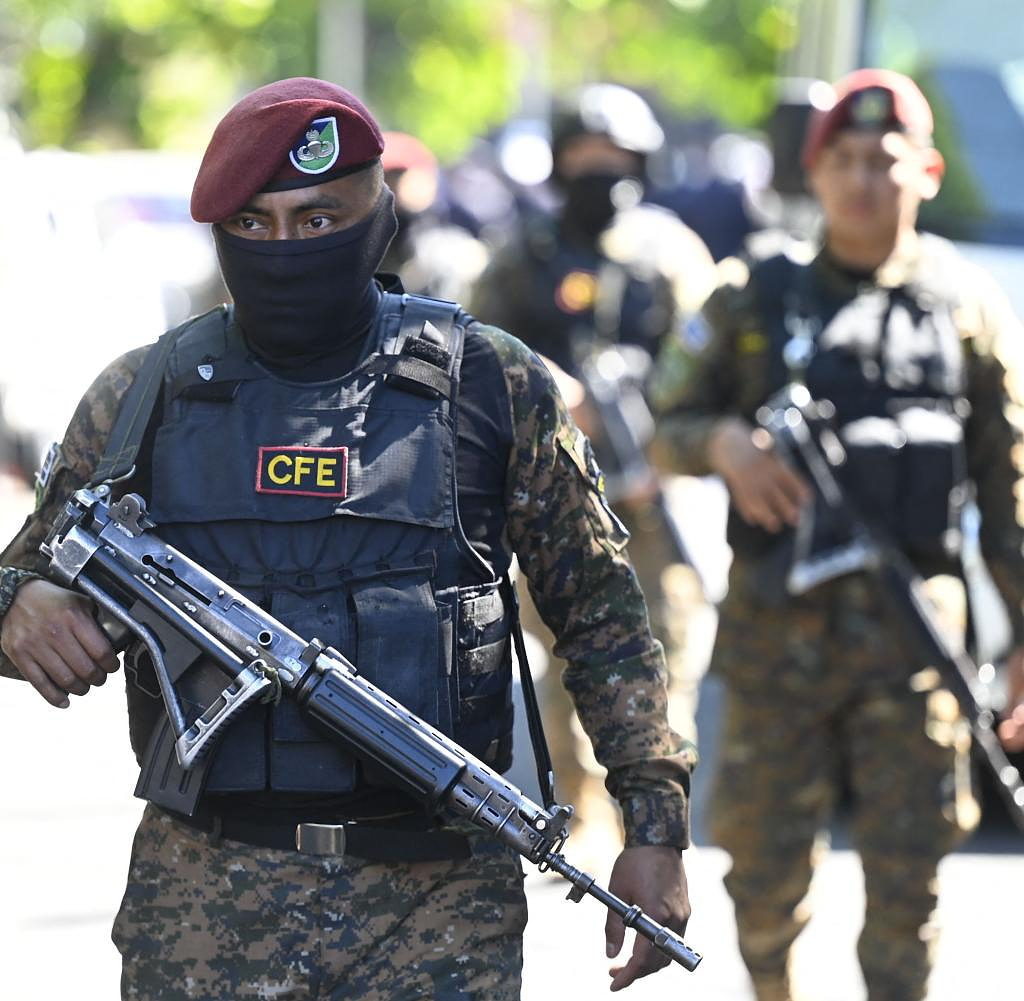 In the fight against gang crime in El Salvador, around 2,000 soldiers and police officers have surrounded two quarters of the capital, San Salvador. "More than 1,000 soldiers and 130 police officers" would get "the remaining criminals" out of the "completely surrounded" district of Tutunichapa in San Salvador, President Nayib Bukele announced on Twitter on Saturday. In another operation in the Granjita district in the evening, the same number of soldiers were deployed, he said on Twitter.

Footage released by the President's Office on Saturday showed heavily armed soldiers entering Tutunichapa. Defense Minister René Merino later wrote on Twitter that 23 people had been arrested in the district so far. He did not say whether they were gang members or drug dealers. Tutunichapa and Granjita are notorious drug hubs.

"All terrorists, drug traffickers and gang members" would be "removed from the area," President Bukele wrote in another tweet, adding that until recently the neighborhood had been a "bastion of crime."

It was the third major operation this month in the Central American country. At the beginning of December, Bukele sent around 10,000 emergency services to Soyapango, the country's third largest city, in a first large-scale operation. He had previously announced that in future entire cities would be cordoned off so that soldiers and police officers could go from house to house looking for gang members.

Despite this criticism, Parliament extended the state of emergency by another month on Thursday. According to a Central American University (UCA) poll released in October, more than 75 percent of the population supports the imposition of a state of emergency, and nine out of ten Salvadorans believe Bukele's strategy has reduced crime.

‹ ›
Keywords:
NewsteamEl Salvador
Your comment has been forwarded to the administrator for approval.×
Warning! Will constitute a criminal offense, illegal, threatening, offensive, insulting and swearing, derogatory, defamatory, vulgar, pornographic, indecent, personality rights, damaging or similar nature in the nature of all kinds of financial content, legal, criminal and administrative responsibility for the content of the sender member / members are belong.
Related News