20 passes before 1-0 – Netherlands advance to quarterfinals over USA

Thanks to another convincing defensive performance, the Netherlands are in the quarter-finals of the World Cup in Qatar. 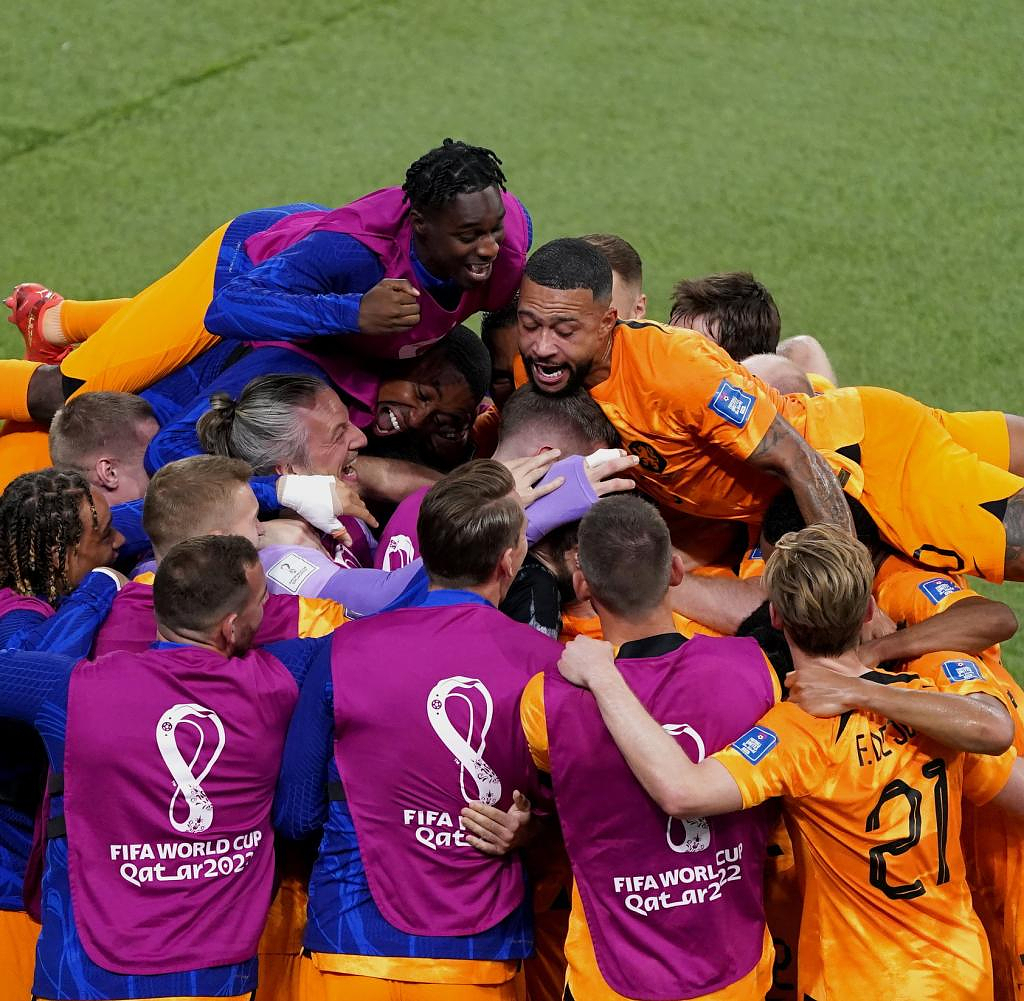 Thanks to another convincing defensive performance, the Netherlands are in the quarter-finals of the World Cup in Qatar. The favorite prevailed 3-1 (2-0) against the USA. Elftal, who had qualified as group winners for the round of 16 in the preliminary round, made a preliminary decision before the break.

The much-criticized Louis van Gaal has increased Oranje's tenuous hopes for the title. After a performance that was clarified over long stretches, Elftal only had to worry about progressing for a short time against a passionately fighting US team. Twelve years after the last World Cup final at the tournament in South Africa, Holland is hoping to take part in the final on December 18 – but van Gaal's ensemble cannot afford to falter, as in the second half against the USA. Opponents in Friday's quarterfinals are either Lionel Messi and Argentina or Australia.

In the first and not very atmospheric round of 16 on Saturday in the Chalifa International Stadium, van Gaal was delighted on his coaching bench with the goals played, some of which were very impressive - and that he had shown it to the critics of his style of play. The weak phase after the break should have annoyed him.

Memphis Depay (10th minute), Daley Blind (45th 1) and the outstanding Denzel Dumfries (81st) documented the difference between a true title contender and a talented but not yet mature national team with their goals in front of 44,846 fans. The young US selection with goalscorer Haji Wright (76th) then showed what mentality they had – and came back into the game impressively. In doing so, she aroused anticipation at home with high ratings for the World Cup in four years, which she is hosting together with Mexico and Canada.

The Americans around the star Christian Pulisic, who recovered in time, put in a committed performance, but after the effective goal to make it 0-1, they were only able to make a decisive impression in the final phase, despite some good advances and opportunities. With the effectiveness of the Dutch, who have been unbeaten since van Gaal took office in September 2021, more would have been possible.

In contrast to his US coaching colleague Gregg Berhalter, who always pushed loudly and with gestures from the sidelines, veteran van Gaal sat on his bench for almost the entire season. As a World Cup oldie among the 32 coaches, the 71-year-old was delighted that Depay steered the game between two teams unbeaten in the group stage in the direction he wanted with his first goal of the tournament after a series of passes over 20 stations.

Depay, of all people, for whom principles coach van Gaal made what he said was a unique exception. The FC Barcelona striker, who was out for two months with a thigh problem, was still allowed into the squad.

The fact that his most experienced man made it 2-0 and thus decided the game early fitted perfectly into van Gaal's strategy. Blind, who has been playing with a pacemaker since the end of 2019, celebrated only his third goal in his 98th international match in the arms of Wout Weghorst. After the cheering that followed right in front of van Gaal, there was a particularly warm hug from father and trainer Danny. A special thanks from the scorers went to Dumfries, who set up the two goals.

Pulisic, who suffered a bruised pelvis in the celebrated 1-0 winning goal against Iran, was able to set the tone after a big missed chance against goalkeeper Andries Noppert in his fourth international match (3rd). Intensively worked by Jurrien Timber, the ex-Dortmunder could not develop as in the previous games. His colleagues like Tim Ream (52nd), Weston McKennie (54th) and Wright (75th) appeared dangerously up front – but in the end the callousness was too often missing.

Berhalter, who was once a professional in the Netherlands in the 1990s, tried to turn the tide by making changes - including Dortmund's Giovanni Reyna - and, like last time in 2002, reached the quarter-finals. On the other side, Matt Turner kept his team in the game, but the Dutch also played their attacks sloppily to the end.

‹ ›
Keywords:
KatarUSAFussballNiederlandeDenzel DumfriesNiederlande FußballnationalmannschaftUSA FußballnationalmannschaftFußball WM 2002
Your comment has been forwarded to the administrator for approval.×
Warning! Will constitute a criminal offense, illegal, threatening, offensive, insulting and swearing, derogatory, defamatory, vulgar, pornographic, indecent, personality rights, damaging or similar nature in the nature of all kinds of financial content, legal, criminal and administrative responsibility for the content of the sender member / members are belong.
Related News