At first he thought the call was a joke. 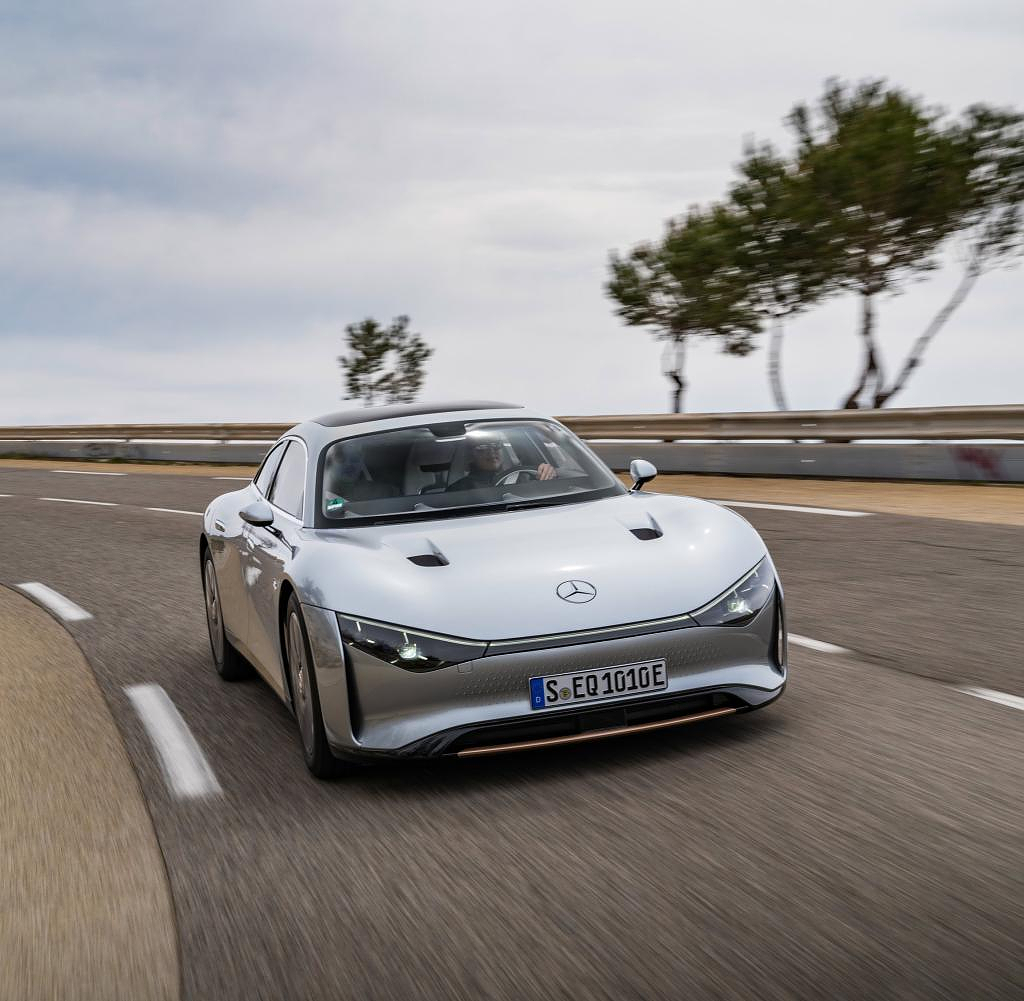 At first he thought the call was a joke. Racing driver Romain Dumas couldn't have imagined that Ford would want to send him to the legendary hillclimb in Goodwood in a van with the best will in the world.

"What, if you please, is a delivery van at the Festival of Speed?" he asked himself. But then he understood. Because the car manufacturer did not want to give the Frenchman an ordinary delivery van, but one that he should drive with a helmet and fireproof suit. One with four electric motors and 1470 kW/2000 hp.

Just a few days after the phone call, the Frenchman was behind the wheel of the "Supervan" and smashed up the hill to the Earl of March's mansion without the many sports cars in his slipstream having the slightest chance.

It doesn't matter whether it's a V8 petrol engine, a six-cylinder turbo or an electric motor: With squeaking and smoking tires, what is probably the most powerful and fastest courier truck of all time leaves them far behind. Its sprint value: less than two seconds from 0 to 100 km/h. That's on par with a Formula 1 racing car.

And why all this? "Because it's time we showed people the potential of electric drives," Dumas quotes his speech. The advertising message is clear.

For this year, Ford has announced the new E-Transit, which may rub off on something from the Supervan. In addition, "a few positive emotions in the dogged discussion about mobility change would not hurt," he adds.

For Dumas, this is not the first hillclimb in an electric car from the developers. A few years ago, the racing driver completed the 1.9 kilometers under power. Back then, he set the course record for VW in the ID.R with a time of 39.9 seconds.

Like the Ford Supervan, the VW racing car used at the time was a one-off. Dumas had previously won the hillclimb on Pikes Peak with him and set the best time on the Nürburgring's Nordschleife.

Method is recognizable among developers and designers, says Arthur Kipferler from strategy consultant Berylls in Munich: "Ultimately, the manufacturers are just continuing with the E-Extremes what they have been doing for decades." hope the series.

Vehicles such as the one-liter car from VW or the Mercedes A 38 AMG, in which AMG implanted two engines in the first-generation A-Class, are among the finger exercises of engineers in the recent past.

Sports car manufacturer Porsche also got involved early on – in 1971 with the 914/6 GT, a very special fire engine designed to provide quick assistance at racing events. The fundamental difference to the show cars of the time is that today's extreme vehicles are electrically powered, says Kipferler.

To give a foretaste of the small electric car Urban Rebel, which is to be launched in 2025, Seat offshoot Cupra presented a show car of the same name at the last IAA. Although it was intended to tease out an agile entry-level model, it was wildly spoiled and, with 320 kW/435 hp, equipped more for the racetrack than rush hour.

In the search for the best way into the electric future, however, manufacturers are not only experimenting with particularly sporty cars, but are also trying again to be extremely economical. For example, Mercedes started the EQXX with the aim of building the most efficient electric car in the world, says Development Board member Markus Schäfer.

This is a streamlined flounder that has already clocked up more than 15,000 kilometers just six months after its debut. With the EQXX, the manufacturer proved on two road trips to France and England that 1000 kilometers without charging in between are just as possible as consuming less than 10 kilowatt hours (kWh) per 100 kilometers. "That makes the EQXX the electric equivalent of the one-liter car," says Schäfer.

There the extreme athletes, here the dogged saver - and for the leisure hours in between, the electrified developers are increasingly affording a convertible. For example, in 2018 VW showed the ID.Buggy and last summer sketches of an open ID.3. Mini recently showed a one-off open-top Mini Cooper SE in Asheville, North Carolina.

However, expert Kipferler is skeptical about such finger exercises: "You almost always have to use a magnifying glass to look for radiation effects on the series."

One of the serious tasks of the studies could be that they create a mood for electromobility and document the change that companies are currently going through.

But sometimes the ambitions are more concrete. This shows not only the Cupra example Urban Rebel, but also Mercedes with the EQXX. With the economy Stromer, Mercedes has more plans than driving from one consumption record to the next: from the engine to the battery and the electronics, the car already has the technology that will drive the next EQC in a few years.

And Mini also has a serious message associated with the one-off mentioned: During one of the first test drives, the manufacturer said: “If a new electric Mini comes out in less than two years, it will also be available as a convertible for the first time.”

‹ ›
Keywords:
ElektroautosElektromobileRennwagenFordMercedesElektromotoren
Your comment has been forwarded to the administrator for approval.×
Warning! Will constitute a criminal offense, illegal, threatening, offensive, insulting and swearing, derogatory, defamatory, vulgar, pornographic, indecent, personality rights, damaging or similar nature in the nature of all kinds of financial content, legal, criminal and administrative responsibility for the content of the sender member / members are belong.
Related News