The Cultural Artistic Association of the David Zaafra School, Huetor Vega takes care of the memory of his teacher the so-called quejio' artist. 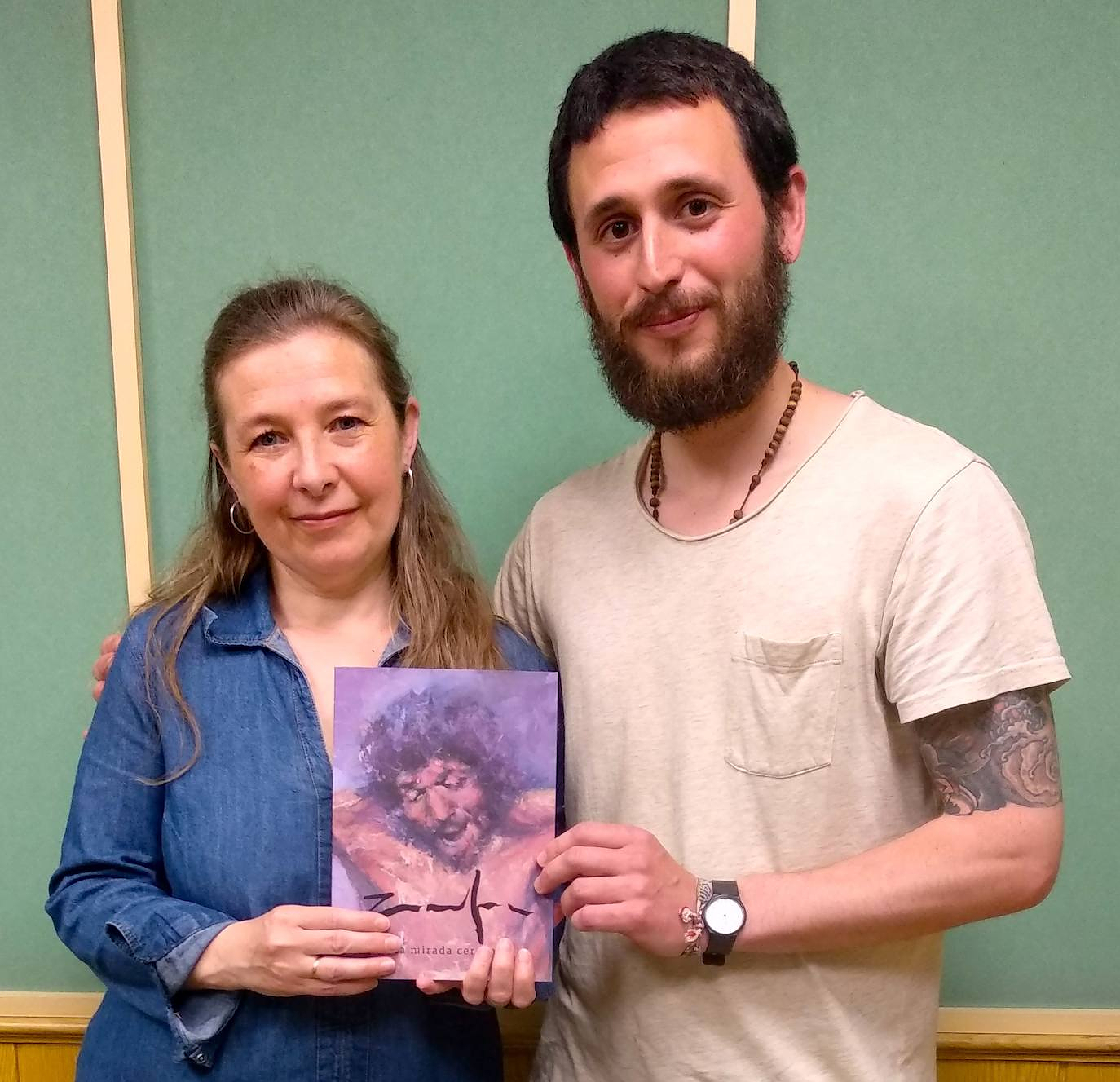 The Cultural Artistic Association of the David Zaafra School, Huetor Vega takes care of the memory of his teacher the so-called quejio' artist. The last year has seen them turn to a project that finally gets the light: the publication of the book "Zaafra, an in-depth look". This Friday's presentation will be at Huerta Cercada (7:30 pm), and includes an exhibition of works, as well as a musical surprise and a flamenco aftertaste.

It is a book that has been made from love and with heart. More than 80 participants talk about their relationship with Zaafra, and what their views are of Zaafra's work. Silvia Ruiz - a member of the collective - says that the book is complete and contains everything: close looks, poems, music, images, life phrases...

"In some way, we wanted to continue building on everything we had begun with David. David has been a great friend and an artist. The book has also helped us get to know him better. It will surprise those who didn't know him. It was an exciting project that took us a whole year to complete, but it has been completely worth it," explains the disciple of the artist who died in 2017.

They do not have the support of a publisher. The launch was a bit more complicated. We presented our project to the Diputacion de Granada which granted us a small grant. We began to look for additional funding. The Provincial Council, Institute of Gypsy Culture of Ministry of Culture, Caja Rural de Granada Foundation and the Huetor Vega City Council were all instrumental in the publication of this book.

Huerta Cercada will host the presentation this Friday in Huetor Vega. The spokeswoman of the David Zaafra School Artistic Cultural Association says that attendees will have the opportunity to experience them live and directly. Ruiz-Dorizzi warns that there will be flamenco and "a musical surprise that few people know about that is directly connected to it."

A magnificent posthumous Zaafra sample is on display in the Artistic Center of Granada to commemorate the Centenary of Cante Jondo Contest of 1922. It will be available until May 14. Silvia confirms that the sample is indeed spectacular. > .

David Zaafra Square is a Huetor Vega landmark that has been around for a year. Its imaginary is represented by El Nino de las Pinturas, located on La Libertad Avenue in front of the Las Vinas Sports Center. The project was made possible by the association of students from the metropolitan municipality. It was ambitious and created a unique, indefinable space. He recommends that you visit it and fully immerse yourself there to truly enjoy it. What is the sorrow? The pandemic prevented the creation of an inaugural act at its peak. It had to be done with style, and it will one day be possible. Silvia says that once again, we must thank the City Council of Huetor Vega "for the hard work done and for making the square a tangible reality".

David Zaafra, a master painter, was a man of great talent who, after a nomadic existence in France, Germany and Belgium, settled down in Huetor Vega as his permanent home. His figure is the "leitmotif" of the Huete association of his pupils. David Zaafra's family as well as the association are committed to showing the world the great artist and person he is. Ruiz-Dorizzi is abounding in gratitude for all he has done for us and what it has meant for our lives.

The David Zaafra School Artistic Cultural Association's activities do not end there. The group has been around for four years and, despite being reprimanded by covid, it has demonstrated its determination to change the cultural environment through different initiatives. "This summer, we will resume an activity that was suspended before the pandemic. We presented the year's activities schedule a few days back. If it turns out well, it will be very interesting", reveals Silvia, encouraging anyone who wants to join the project to write to the email associationscuelazaafra@gmail.com. All that is needed to keep the magic alive. The goblin

‹ ›
Keywords:
ZaafraArtistaMejorSabidoRetratarFlamencoEsencia
Your comment has been forwarded to the administrator for approval.×
Warning! Will constitute a criminal offense, illegal, threatening, offensive, insulting and swearing, derogatory, defamatory, vulgar, pornographic, indecent, personality rights, damaging or similar nature in the nature of all kinds of financial content, legal, criminal and administrative responsibility for the content of the sender member / members are belong.
Related News