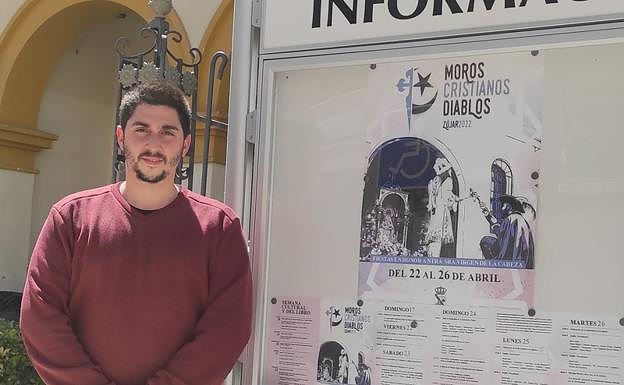 What do you think the holiday season will look like after two years of not being able celebrate them?

We are looking forward to unforgettable celebrations full of emotion because, after two years of not being able to celebrate, everyone from Zujar looks forward to them with enthusiasm.

Remember that the celebrations of Christians and Moors in honor of the Virgin Head change our daily rhythm. They need our five senses, and all our neighbors, wherever they are, pride themselves on knowing how important and what cultural roots bind us to our land. It is hoped that they will continue to live strong after the temporary paralysis that we suffered.

What is different about the 2022 parties

The pilgrimage to Jabalcon, one of the most important and longest in the region, is a highlight of Zujar's cultural heritage.

The City Council signed a number of collaboration agreements this year with various associations, such as Los Tercios de la Hermandad, Virgen de la Cabeza Cultural Association and Jauffia-Jabalon Squads. These agreements are intended to provide financial and administrative support for all these social networks that make and magnify our parties. These collaborations will soon be visible, giving greater importance to Fiestas.

Yes, but not simultaneously. It sounds strange, but it is true. Together with the councilors from the two other towns in the region who share the devotion of the Virgende la Cabeza, a tourism and cultural promotion campaign has been launched for the Fiestas over the past two years. There have been videos, promotional material in FITUR or Patronage of Granada has been published. I've come to the conclusion, through these videos, that we often ignore the neighbours by overlapping the celebrations.

Our unique characteristics include being the oldest and best-known or being the germ in certain aspects of the others. However, there is no doubt that our essence is the same with Levantine and festive nuances added to the two.

Are there any special events?

A series of cultural events were planned at the institute and public school this year because the cultural week of Fiestas coincides closely with Book Week. A "Cup for Festivities" will also be held in the Plaza Mayor de Zujar. This is a symbolic place for both the Festivities as well as Zujar.

Who and how do they organize the parties?

The Brotherhood of Our Lady of the Head of Zurjar has established the Festivities according to the laws. Although minor modifications were made to accommodate the changing times, they still follow the same pattern. The expenses, organization, flowers, and novenas are split among the six annual officers, three Christians and three Moors. They are responsible for the box (a week prior they give sweets and snacks the children in their home), the paper workers, the rice from the hills or going down to the virgin Camarin on Saturday of Festivities.

They are the most important collaborators in Fiestas. After the Brotherhood organizes pilgrimage, processions and papers, the City Council contributes financially as well as technically to representations, in proclamation and in the fair itself with the orchestras. All of this is coordinated by a festival commission that includes all parties.

What is the number of people who participate in parties?

These festivities are very participative. There are Squads of Thirds of Brotherhood, Moorish and Christian teams of Jauffia Jabalon association, neighbors and neighbours who have old costumes from different times who dress up with the virgin, ACVC of Zujar or the drum squad, and also parade along with the virgin. The processional parades have around 300 participants, plus visitors and neighbors who accompany the Virgin on her tour.

When we speak about Sunday's Pilgrimage to Cerro Jabalcon, we can easily talk about the 8,000-10,000 people who visited the sanctuary that day.

‹ ›
Keywords:
FiestasZujarMorosCristianosDiablosPeculiaridadesUnicasAntiguas
Your comment has been forwarded to the administrator for approval.×
Warning! Will constitute a criminal offense, illegal, threatening, offensive, insulting and swearing, derogatory, defamatory, vulgar, pornographic, indecent, personality rights, damaging or similar nature in the nature of all kinds of financial content, legal, criminal and administrative responsibility for the content of the sender member / members are belong.
Related News